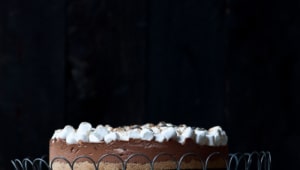 They were concerned about how much water the beer industry uses in the midst of a drought. It didn’t matter that beer uses far less water than other beverages, that it doesn’t even come close to the top five most water-consuming drinks, or the top 20 food products. It was about them giving back, figuring out how to be better, do better, give more back.

I see this spirit in most of the craft beer world. I see start-up breweries run by owners still working day jobs to make ends meet. I see most breweries make little to nothing on 6-packs, some even lose money. I see brewers who make far less than people think, giving to charities in their neighborhoods. I see breweries that aren’t even breaking even after 4 years talk about how lucky they are to do what they do. So why do they do? Because they can’t imagine doing anything else. Because they love it. People who are in craft beer never talk about how much it costs to buy. It’s expensive to make, for what you get, it’s a sold at bargain prices. If beer had the mark-up that soda does, it would easily cost over $100 for a six-pack. Sure, brewers could mark up their beer, make more. But no brewer gets into beer to get rich, and you can see that when you meet one.

So please don’t complain about the cost of craft beer, you’re not the one who has to figure out how to balance the ledgers at the end of the month. 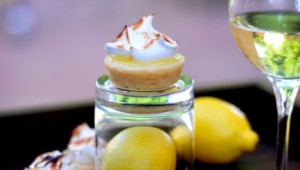 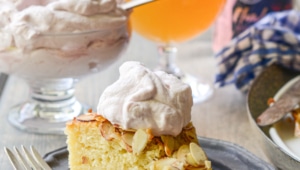 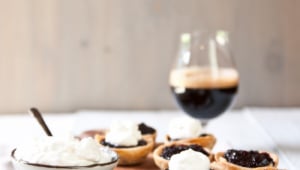 haha, I never complain about the price if it tastes delicious! I figure I should leave the price point up to the experts…and then drink alllll the good stuff I can! Two weeks ago my local microbrewery had #StoutWeek, so I bought a *hit-ton and am looking for recipes to use some up!! Excited for this one!

I love craft beer way too much to complain about the price. Sure I’ll look for a special, etc. but that’s ok! I roll my eyes when people say it costs too much. I like to think I’m supporting a small business vs. the big guys! Love all of your recipes!

You’re so right. I am friends with many brewers here on long island and many STILL have jobs. It’s expensive to live here!

I am inspired by the people in craft beer, who dare to dream. Dare to do what they love, even thought it’s REALLY hard!

I have heard a few brewers say that won’t brew a certain style of beer because, 1. it cost too much to brew, 2. it’s a style that most people don’t drink, 3.it takes up too much tank time to brew it. But I do understand the bottom line that keeps the brewery going.

This chocolate pie looks amazing. Here in the UK we are set for a few days of very warm weather – this pie is perfect! Sammie http://www.feastingisfun.com

Wow, this cake looks unbelievably delicious… I’m still trying to wrap my brain around how something so seriously good looking requires so little prep and no baking. Stellar! ♡ Thanks for the insight on brewers, I’ve never complained about the price of a good beer, but now I’ll be sure to slap someone upside the head if I hear them complaining! Cheers and thanks for sharing! 🙂

This looks delicious:) And recipe is really simple, I think I will try this soon.