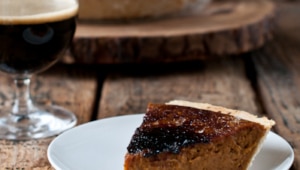 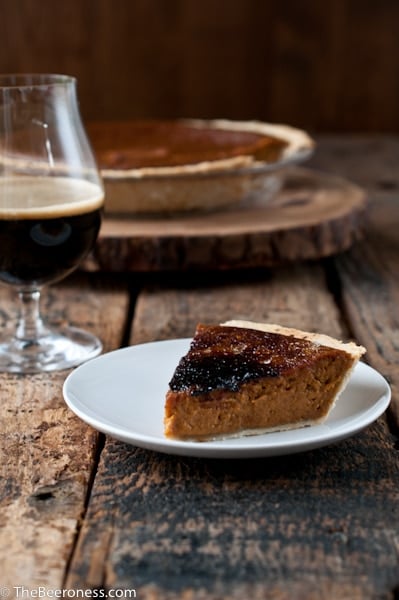 I know what you’re thinking.

You think that I put a Pumpkin Ale in that pie. It’s a fair assumption, and not a bad route to take when beerifying (that’s a word) a pumpkin pie. Sure, you can use that. Go ahead, be my beer-cookin' guest, it’s not a bad choice. But for this I wanted to play up those brown sugar flavors with a nice barrel aged brown ale. So that’s exactly what I did.

But brown ales have a lot of potential, a lot of great flavors, a lot of depth.  Especially when they’ve been aged in a bourbon barrel. Like this Palo Santo Marron from Dogfish Head which has unleashed that underrated brown ale potential in a way that will remind the Beer Snobs that it’s here to play. Or make pies. Or maybe both. 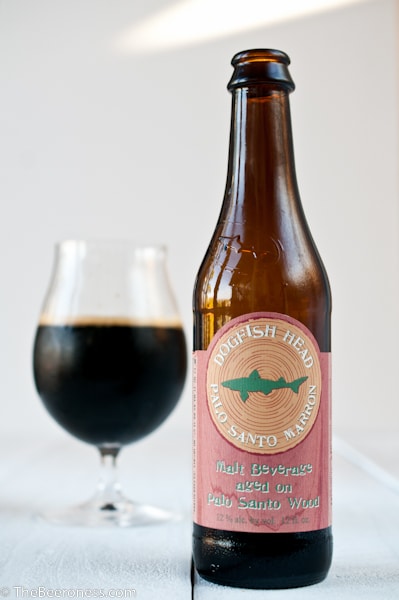 I used this Kitchen torch, because it’s amazing, easily one of my favorite kitchen tools. (affiliate link)

For this recipe I use The Pale Ale Pie Dough 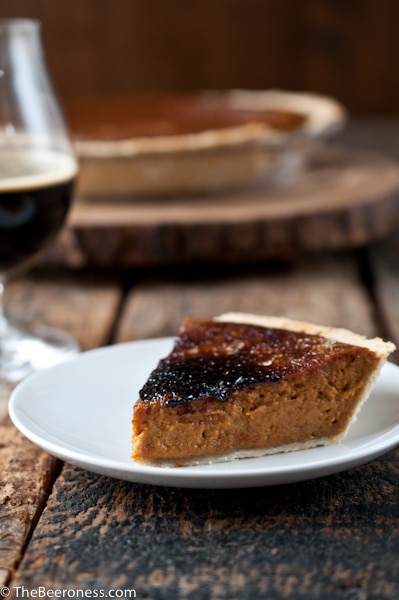 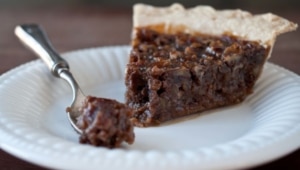 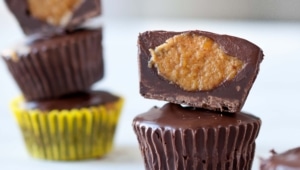 I bruleed a pie today too! Yours is kind of awesome though. I mean beery pumpkin pie??! Not sure there is much better around Thanksgiving!

This is absolutely stunning, friend. Love the bruleed top!

This is one heck of a pie! Lovely! Funny, my local microbrewery (if you’re ever in Montreal you totally need to drop me a line) did an amazing brown ale tasting in July! They did a bunch of fun beer+cheese pairings and they had a barrel aged ale that totally blew my mind!!! If I can get my hands on it this will be on my weekend menu!! xoxo