Forcing someone to say "I Love You" is about as meaningful as buying your own Grammy on eBay and pretending you actually won. The entitlement and expectation take all of the romance out of it. In just the same way that the show The Biggest Loser has had more successful marriages than The Bachelor series has, some things just cant be forced.

My husband and I did away with giving into the societal expectation years ago, much preferring to go out to dinner on nights that don’t include 2 hour waits and $65 pre fixe menus. He’s romantic in the little ways, negating my need for Valentines day pageantry. He will "borrow"my car in order to take it to get washed and the oil changed. He’ll get up with Tater on a Saturday and let me sleep in. When I’ve had a hard day he’ll do the dishes, giving me time to play blocks with Tater instead of spend what little time I have after work in the kitchen.

Now that I have a daughter, the focus of Valentines day is more fun and childish, more of the cartoon that it has become, and I like it that way. I buy Tater a bag of Valentines Day toys, and write her a card about how much I love her. I look forward to helping with her elementary school Valentines Days, the decorated shoe box receptacles, the paper cards, the drama of who wrote "XOXO" and who just signed their names.  The sorting out of conversation hearts according to what is ok to give the boys and what is not. Because, everyone who has been a 3rd grader knows that slipping candy with messages on them into paper envelops is a big deal.  And when you are required to give one to everyone in the class, even the boys you can’t stand and the boys you just pretend like you can’t stand, everyone know that you NEVER give a "Kiss Me" heart to a boy! Seriously, tragedy would in sue. Because you will also be reading every single heart that is the envelopes you got from the boys with the secret hopes that the boy who sits behind you didn’t just give you the "Nice Day" heart but intentionally slipped the "Be Mine" candy into the envelope with your name on it. In 3rd grade, risking possible social, school yard torture via teasing to let the little girl who sits in front of you know you like her is so romantic. 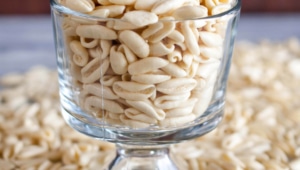 Chipotle Grilled Cheese With Shiitake Mushrooms & A Chipotle Round Up

I’m all over this. Sounds like a perfect valentine’s dinner to me…I’m with you all the way – we don’t do the fancy dinners out, it does feel so forced and it’s become so commercial. We will enjoy a nice dinner at home!

I love this! Exactly what I want for dinner tonight.

Holy Worth-Every-Single-Calorie Batman! That has my mouth watering.

I love your thoughts about Valentine’s day and love that you’re anticipating making cards with your daughter. So Cute! I don’t have kids yet but I remember clearly bringing in my cards to school as a child and being very nervous to give cards to my crushes even though they were exactly the same as the cards I gave everyone else! Then of course I would show all the cards I received to my parents and try to eat all the candy before I had to share with my sister 🙂

Also the crab alfredo looks great and very easy! Thanks for the idea and the trip down memory lane.

I still remember all the "drama" of who got a card from who, and what they all said! It was so fun and innocent, I just wish that childhood fun lasted longer.

Lucky me I found your website unintentionally, and I am stunned at how easy this looks to make. Crab is good.

Love this post, it is so well written and true. The crab alfredo looks yummy! Quick and easy and the whole family is happy.

Love you too Maggs! Every holiday is so much more fun when you get to experience it through your kids 🙂

Oh, boy, what a speedy delicious entree! I’ve never thought of adding crab to Alfredo, but I love the idea!!! YUM~

Love crab. Love Alfredo. It’s that pinch of cayenne that did me in – just the perfect foil for the sweetness/creaminess of the dish. Love a homemade Valentine’s Day.

Thanks for your recipe. looks fab.

You cracked me up with your story!So true!Love the crab alfredo, never thought of using crab!Genius idea 🙂