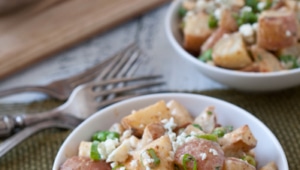 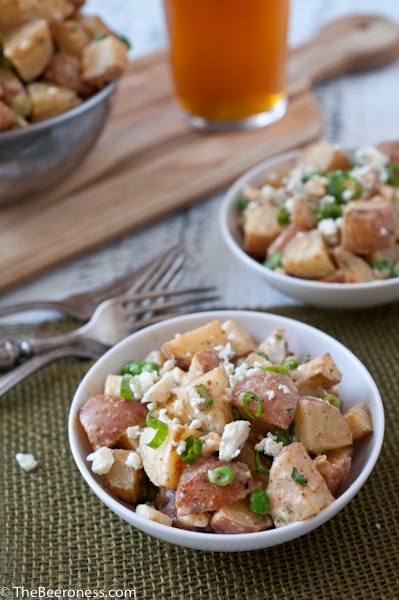 The anemic looking, plastic tub dwelling potato salads of my youth put a pervasive distain in my culinary soul for the union of the words "potato" and "salad." It wasn’t until I found a non-mayo based version that I really started to see potential. While I’ve used sour cream, blue cheese dressing and even bacon garlic aioli, the mustard vinaigrette edition is a fun twist. I also like to roast the potatoes rather than boil them, it prevents the possibility of the over cooked mush and it brings out flavors that might otherwise be washed away in boiling salted water.

For the vinaigrette I used an IPA from a brewery not to far from me, Noble Ale Works out of San Diego. A newer brewery that, rumor has it, just celebrated their second anniversary. Like most brewers I’ve been lucky enough to come across, this team seems profoundly dedicated to what they do, fiercely loyal to to their community, and in near constant pursuit of the perfect brew.

Big Whig IPA is a fine example of a West Coast IPA, with a bold hoppyness that’s balance with a pale male, citrus notes, a bit of caramel and some pine. The accessibility of this beer makes it perfect to add to your summer beer rotation and the light seasonally appropriate flavors make it perfect for a salad dressing. 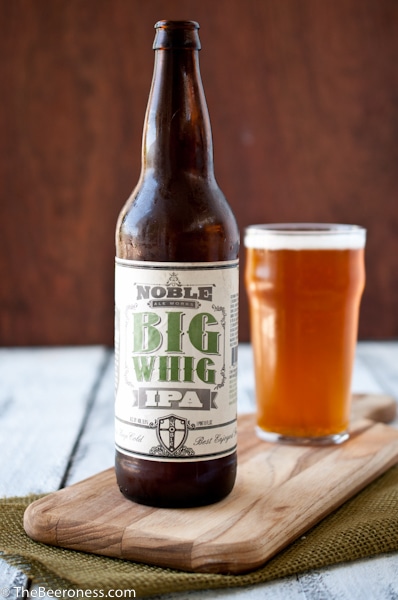 I use this Duck Fat

because it’s well priced and good quality. A little goes a long way so one jar will last a while. (Affiliate Link) 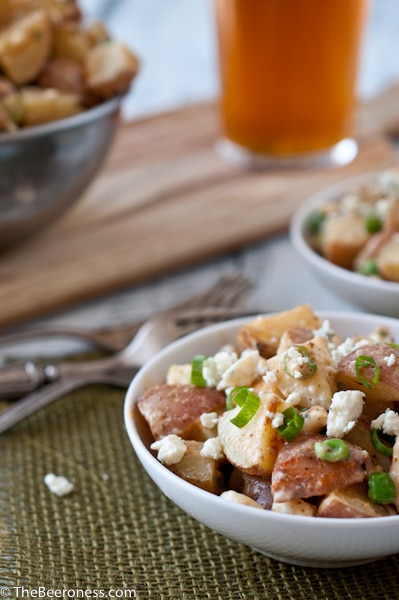 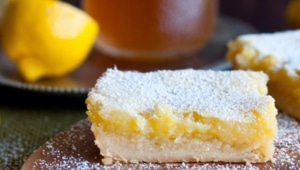 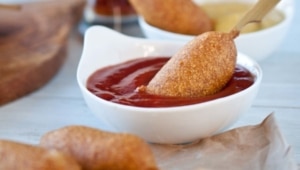 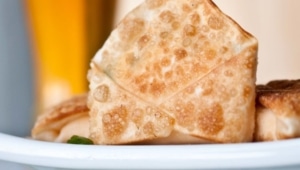 Duck fat and blue cheese? This sounds like the potato salad of the gods!

I LOVE this. No mayo + the added flavor a beer! That sounds incredible!

I think you should know that I made a slight man grunt when I read the title of this recipe….duck fat?! FOR THE WIN!! That sounds sooooo freakin good, I can’t even handle it. Totally bookmarking and trying 🙂

I would have never thought to roast the potatoes for a potato salad. Sounds fantastic. I’m also not a fan of heavy mayo-laden salads, so this mustard dressing would be great for me. And it just so happens that I have some duck fat in my freezer that I’ve been looking for something to do with!

"Anemic looking plastic tubs" – that is the perfect way to describe them. Nothing beats homemade potato salad and I love the sound of the vinaigrette! Roasting the potatoes is genius too!

Ooh this sounds like the most perfect way to make potato salad!

You had me at duck fat.

I would take your potato salad over the grocery kind any day! Your recipe is absolutely mouthwatering. Thanks for sharing and can’t wait to give it a try.

I recently had duck fat fries and they were out of this wooorld. Crispy and delicious. I agree with you on the anti mayo-based potato salad opinion, and I think a mustard vinaigrette potato salad sounds amazing! And of course whenever beer is in the picture I can’t say no 🙂