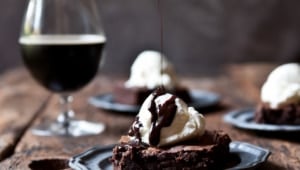 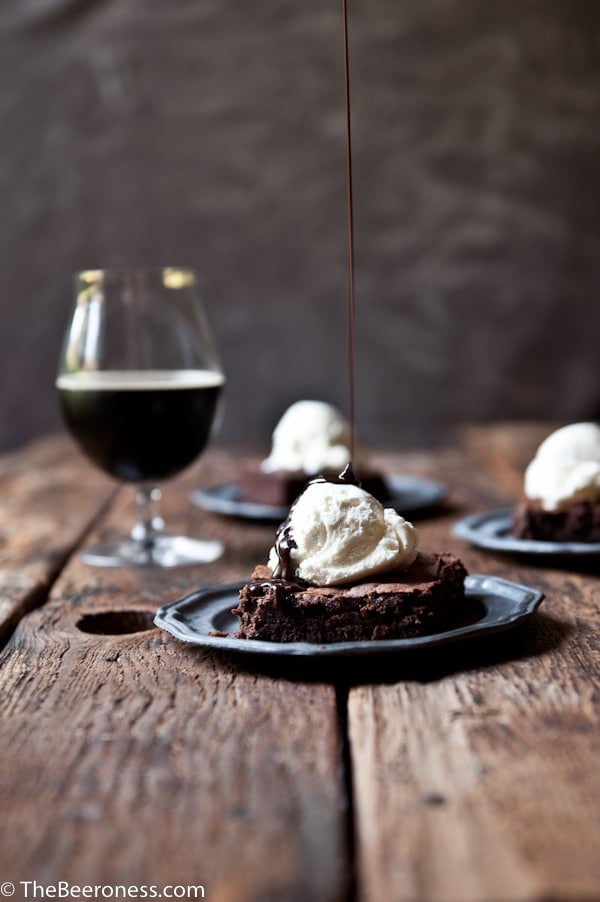 Pumpkin things are upon us.

Of course we have those pumpkin spice lattes that the weather is far too warm to warrant, and the overly orange plastic pumpkins that Target is trying to push on us, but it’s the beer that gets me most excited. It can be a triple digit August afternoon when a package of pumpkin porter arrives and I’ll still break into it as soon as I can open the box.

As early as July those hotly anticipated squash infused brews start to hit bottle shops and brew pubs across the land. From a pale lager to a deep stout, every style of beer has had a tryst with a pumpkin. Every brewer has a different take. Some like to spice it up, others favor a drinkable pumpkin pie, while some want the flavor to be a subtle background note you should have to work at identifying. Whatever you prefer when it comes to this super special release category, there is a beer that will suit your mood. 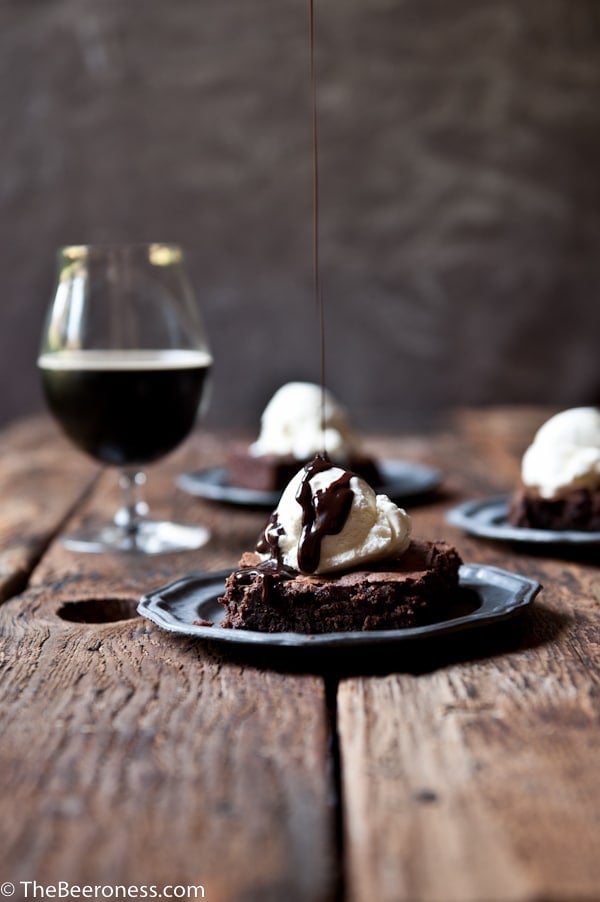 A box of He Said Baltic Porter brewed with pumpkin and spice arrived on my door step last week reminding me that the days of driving with the windows down and eating ice cream outdoors are rapidly coming to a close. So I did what any rational person would do: I made brownies. But, somehow, that didn’t seem like enough. So I made a pumpkin porter infused chocolate sauce and added in the more weather appropriate giant scoop of cold ice cream. Which makes this the perfect transitional recipe from the heat wave afternoons to the fireside evenings. It’s both pumpkin and ice cream, regardless of the weather in your town, this recipe fits.

Porters are a great vehicle for the flavors of pumpkin. The deep earthiness is delivered well with the roast notes of the darker beers and this beer is no exception. The flavors of pumpkin in He Said are perfectly mild in a way that I prefer, these beers can often be treated heavy handed. This Baltic porter delivers the flavors of pumpkin and spice without molesting you with them, it’s more seductive. It’s a deep, smooth porter that draws you in. And, apparently, makes you bake things. Or maybe that’s just me. For the brownies:
For the Sundae: 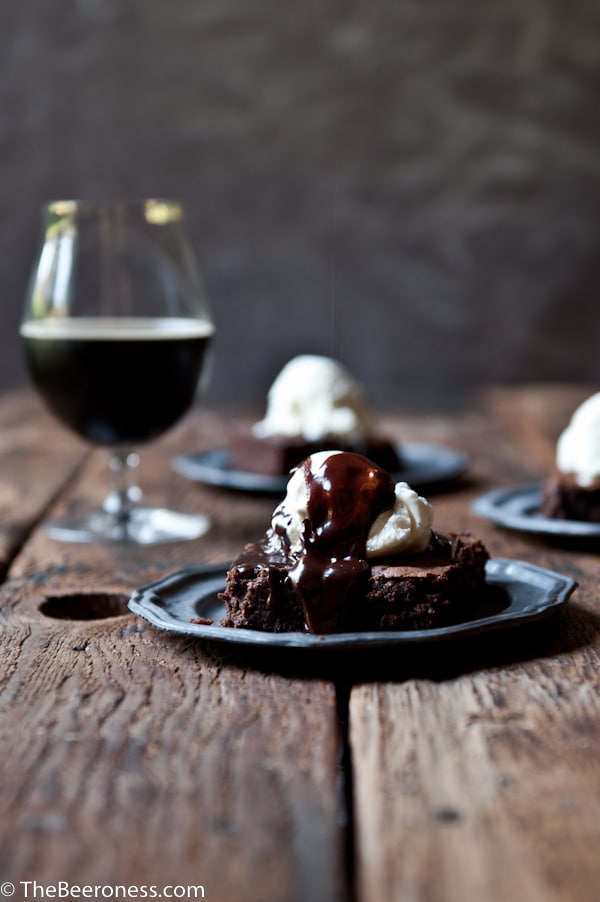 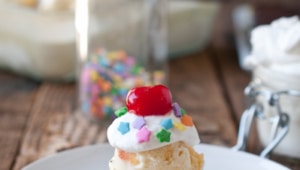 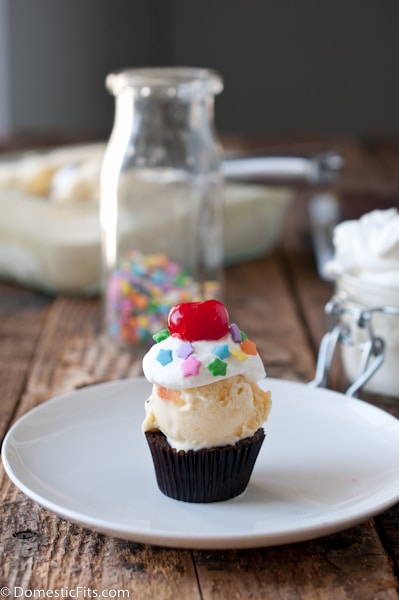 This is another one of my "it’s not a recipe" recipes. Because it’s not, it’s assembly instructions on how to assemble these cute little party desserts.

I made these for the Forth, a huge hit with with the under 5 set, and small enough to be the perfect size for little fingers.

The only thing I would do differently next time is nix the cupcake wrapper. It was too difficult to try and disrobe the mini brownies when they are piled high with ice cream and toppings. 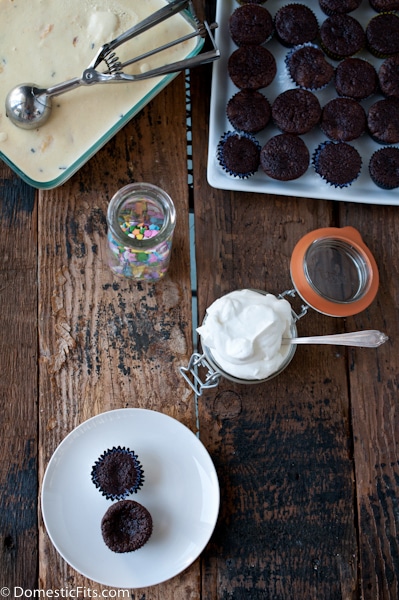 I used my favorite brownie batter, and next time will just liberally spray the mini muffin tins instead of using the cupcake papers. If you want to buy them, most "brownie bites" come sans cupcake wrappers, so you’ll be all set. If you want to make them from scratch, skip the wrappers, use a brownie batter not a cupcake batter (you want to avoid the domed top and hope for a concave one), and let them cool completely before topping with ice cream. 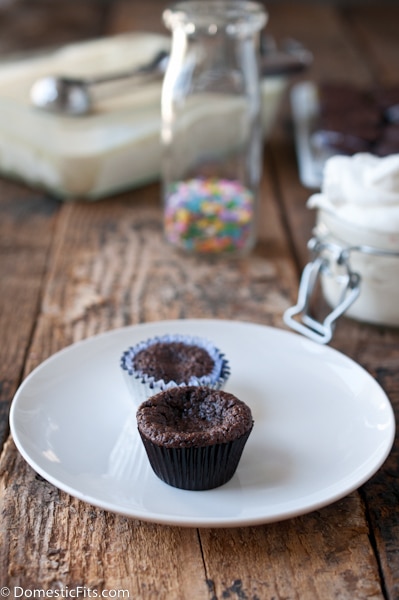 If you have the freezer space, you can make up trays of these in advance and just pull them out when the moment strikes. I used an amazing grilled peach ice cream that I’ll be posting later in the week, but for a classic flavor combo, good ol' vanilla works just fine. 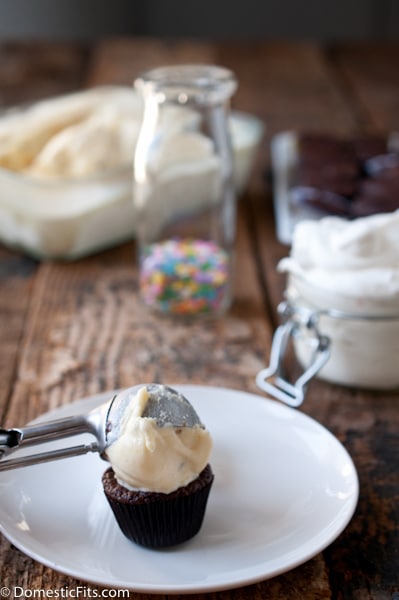 For the Crust:
For the Chocolate Stout Layer:
For the Dulce de Leche Layer: 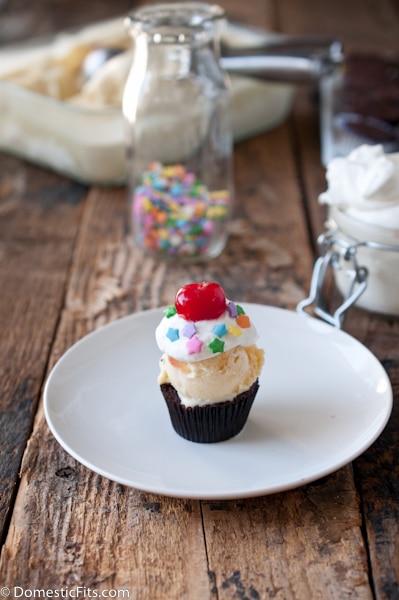 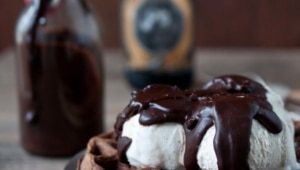 In my world, this is dessert.

But that being said, I ate it at 3 in the afternoon (mostly because I wanted to make it for you, and I refuse to photograph using artificial light, necessitating a mid-day desert for picture taking purposes).

Breakfast in my land, is savory. Although I occasionally indulge in sugar loaded calorie bomb in the morning hours only because for some reason it’s socially acceptable, but if we step back and look at it objectively, this is dessert.

Since I put beer in your breakfast on multiple occasions (Like this, and this and don’t forget about this), I would never judge you for eating this pre-noon. BUT, it’s dessert. And it needs to be served with a stout that’s almost warm. Maybe a sipin' stout that’s been aged in a bourbon barrel, or a smokey porter.

But it’s definitely dessert. Even if you eat it in the middle of the day. For The Sauce
For the Waffles