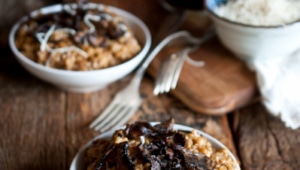 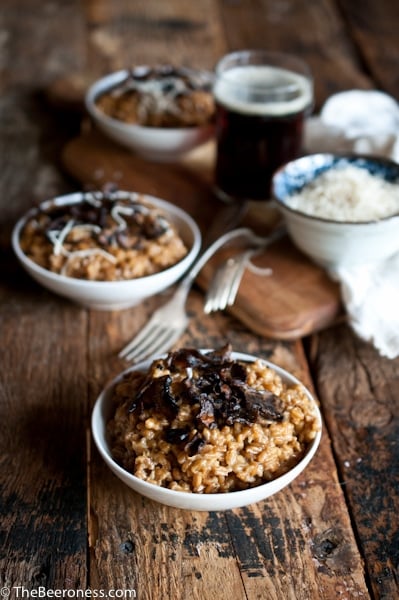 There is one thing I can’t stop doing every time I travel.

And not just when I get to leave the country, but even when I just leave the state. I just need to wander around a market. A locals only place, stocked with whatever people who live in the neighboring streets like to eat. Once while in Costa Rica, in a small and run down town, I found myself in a small market that had just lost all power. 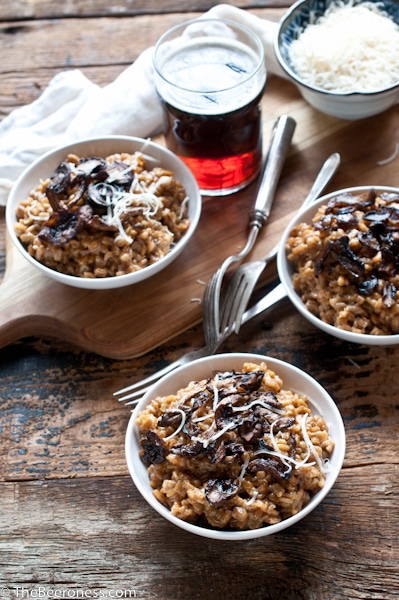 "It happens," the shop owner told me, "We just stay open, hope the light from the door can reach to the back." I made a mental note not to buy any thing perishable, but did leave with 3 bags of coffee and an unidentifiably spice that I later used on roasted vegetables.

Sometimes these little adventures just bring me back to an ingredient that I forgot that I loved. My recent trip to a local market in a neighborhood heavily populated with Italian imigrants lead me to buy a bag of farro. I love this little grain, much more than rice, much more than quinoa and I can’t understand why it isn’t used more often. It doesn’t get mushy the way that rice can, it has a nice almost chewy texture, tons of those vitamins/protein/ health benefits that people seem to like, and much more flavor than other trendy grains.

Plus it cooks up really well with beer. Which means it wins. 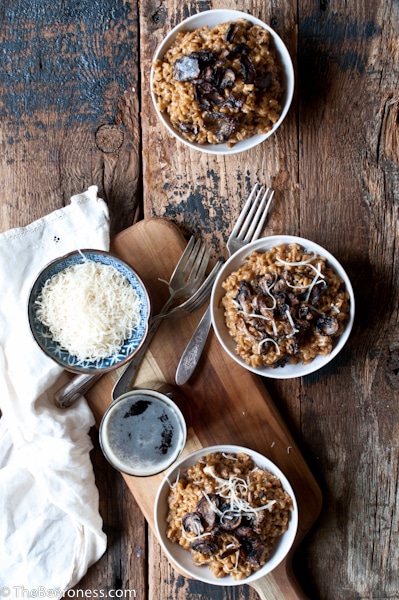 For the Risotto:
For the Mushrooms: 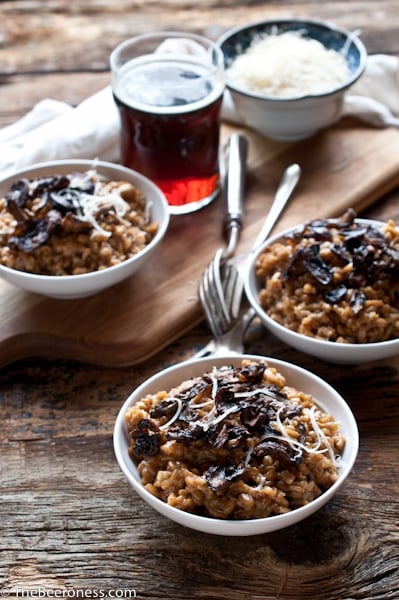 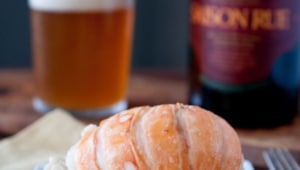 Lets Get romantic, shall we?

Last year, my Valentines day post earned my quite a bit of hate mail. But, I suppose when you label your post "How Blow Jobs and Shoe Shopping Are Alike," That’s bound to happen.

But the post wasn’t about blow jobs, or shoe shopping, and the hate mail was largely from single women who had never been in a successful long term relationships, and exclusively from people who didn’t read the entire thing.

The post is about figuring out what your partner needs to feel important and giving it to them gladly and frequently. Because although the "Golden Rule" is Treat Others How You Would Like To Be Treated, I think that might be what’s wrong with most relationships.

Because, really, treating someone how YOU would like to be treated is pretty self-involved and arrogant. How about Treat Others How THEY Would Like To Be Treated and maybe we would have a higher marriage success rate as a nation. Because although you might think you’ve done everything you can for your partner, maybe the problem is that you’re asking, "What else can I do?" rather than, "What do they need?"

Can you tell I have a Masters in Psychology? I would have made a terrible therapist, but I make a killer risotto.

So here it is, with some beer and butter poached lobster. For this recipe I used Saison Rue from The Bruery.

For the Risotto
For The Lobster: I’m over at a Passover Potluck today with Tori at The Shiksa In the Kitchen! Check it out, if you are Jewish or a Shiksa (non-jewish girl) I think you are gonna love it. Tori and I have acctualy known each other since the 4th grade and reconnect as adults through blogging.

She is one of the most genuine people I have ever known, sweet, smart and generous with her talents and knowledge.

Tori recently interviewed a man I know, Michael, who is an 81 year old Holocaust survivor who was sent to Auschwitz concentration camp when he was 13. His story is incredible and Tori even got is World Famous Tiramisu recipe! The interview is inspiring, you should read it (Click here).

The recipe I created today for the Potluck is one of my favorite dishes, risotto, that I have re-made using the rules of Kosher cooking, which Tori was sweet enough to walk me through! I love Risotto, which is traditionally made with rice, but during passover, it isn’t considered Kosher. You all know my love for quinoa, so this was a fabulous stand in when rice is not an option! Roasting the mushrooms was so quick, and developed a rich flavor quickly.

Check it out over at The Shiksa!