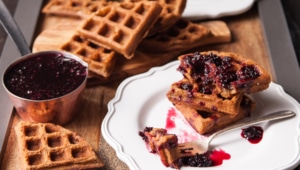 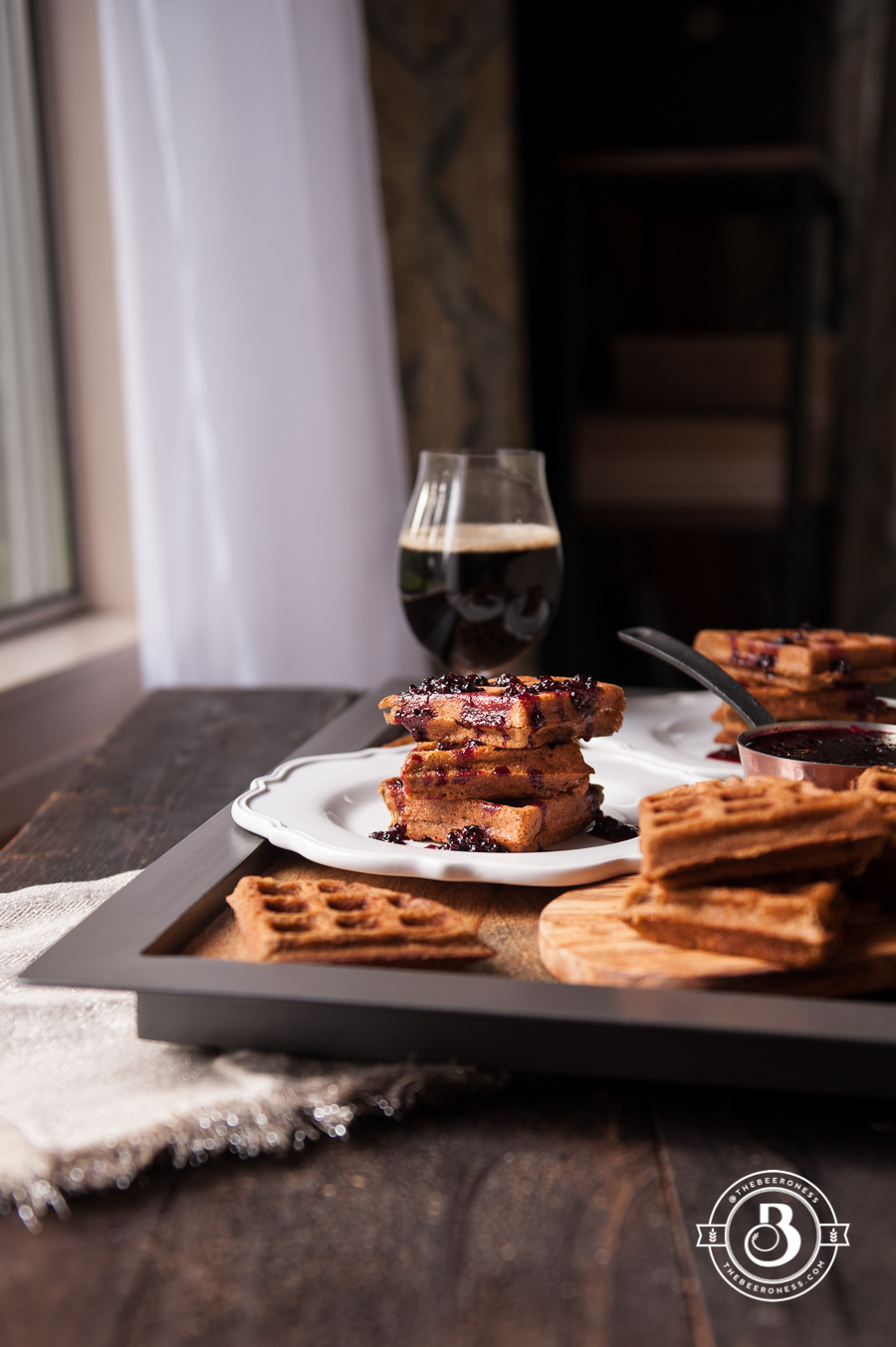 I have a couple waffle secrets to share with you.

Because I like you and my obsessive food geek research should be of some use to someone other than me.

Carbonation. This isn’t a closely held secret, it’s been used for years to make tempura batter light and pancakes rise a bit higher. Lucky of us, beer is a wealth of carbonation with a little kick of yeast for good measure.

For the beer, look for something with a nice level of carbonation and more malt than hops (think brown ale flavor rather than IPA hoppiness). For best results with your carbonation secret, make sure the carbonated liquid (even if you decide to forgo the beer and use seltzer water) is ice cold. 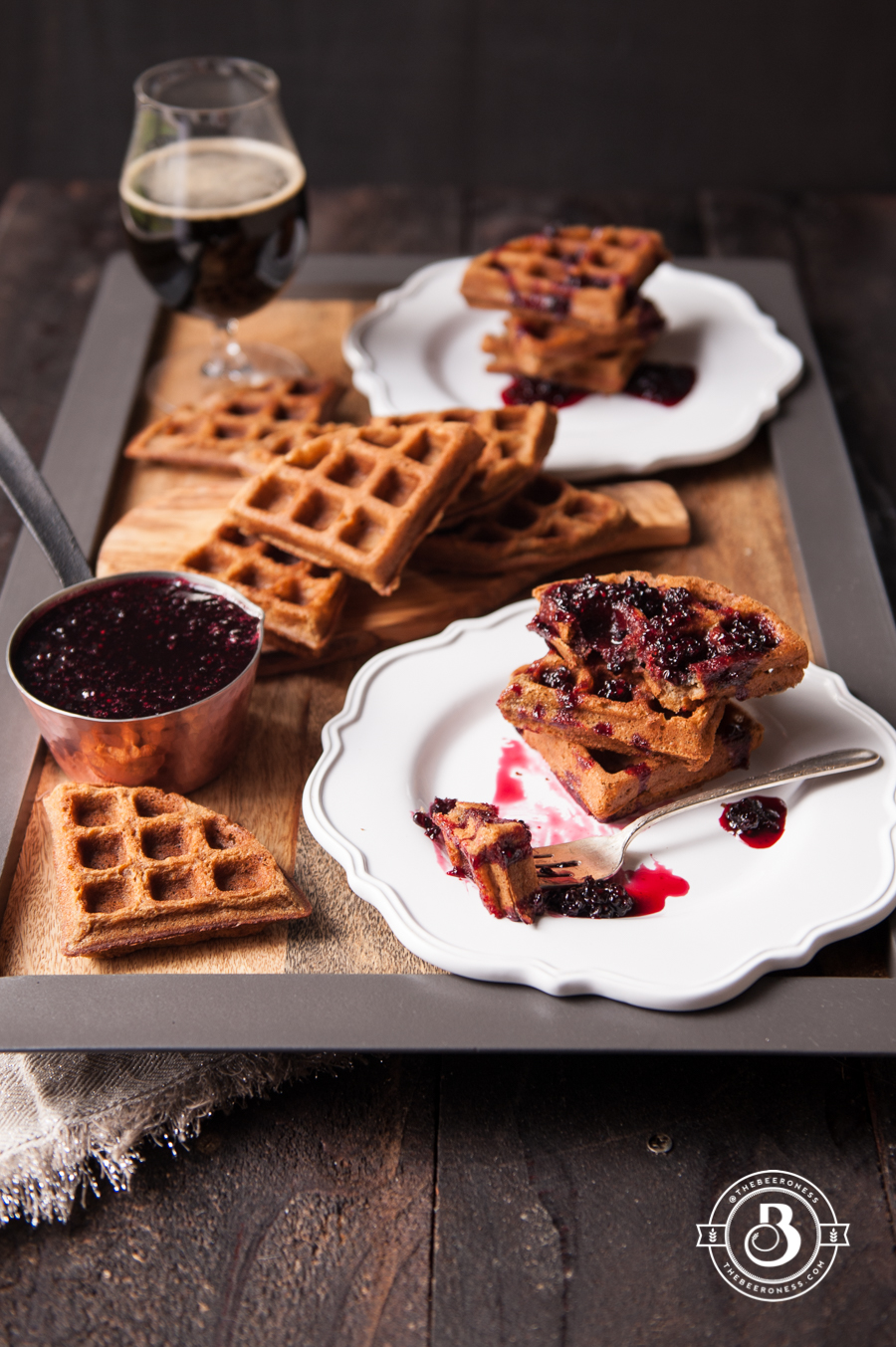 Cornstarch. This one came from well respected recipe developer Pam Anderson (no Baywatch jokes please, she’s heard ’em all). I’ve long been a fan of how cornstarch thickens my sauces, adds amazing texture to chocolate chip cookies, as well as keeps my beer cheese sauce velvety and prevents it from separating, now we have a new reason to stock the cabinets with this magical secret ingredient. It makes your waffles crisp on the outside while the inside stays light and tender.

Meringue (egg whites PLUS sugar). Whipping egg whites separate from the batter and folding them in has long been a staple of the perfect waffle. If you don’t take the time for this extra step you’re just making pancake batter.

Which results in soggy dense waffles, so you might as well just make pancakes. As I’m sure you’ve noticed egg whites deflate in seconds, meringue doesn’t. Add some sugar to those whipped whites and you’ll have something that holds up.

Oven resting. If you’re making breakfast for a crowd there is a good chance there will be a long delay between the first waffle being born and the last. Preheat the oven to 200, add the cooked waffles to a baking sheet and keep them warm in the oven while you finish making the feast. It will also help to keep the waffles crisp.

There you go, all the beer-geek-waffle-knowledge you can handle on a Monday morning. Now go out there, open a beer, and make yourself some crispy waffles. 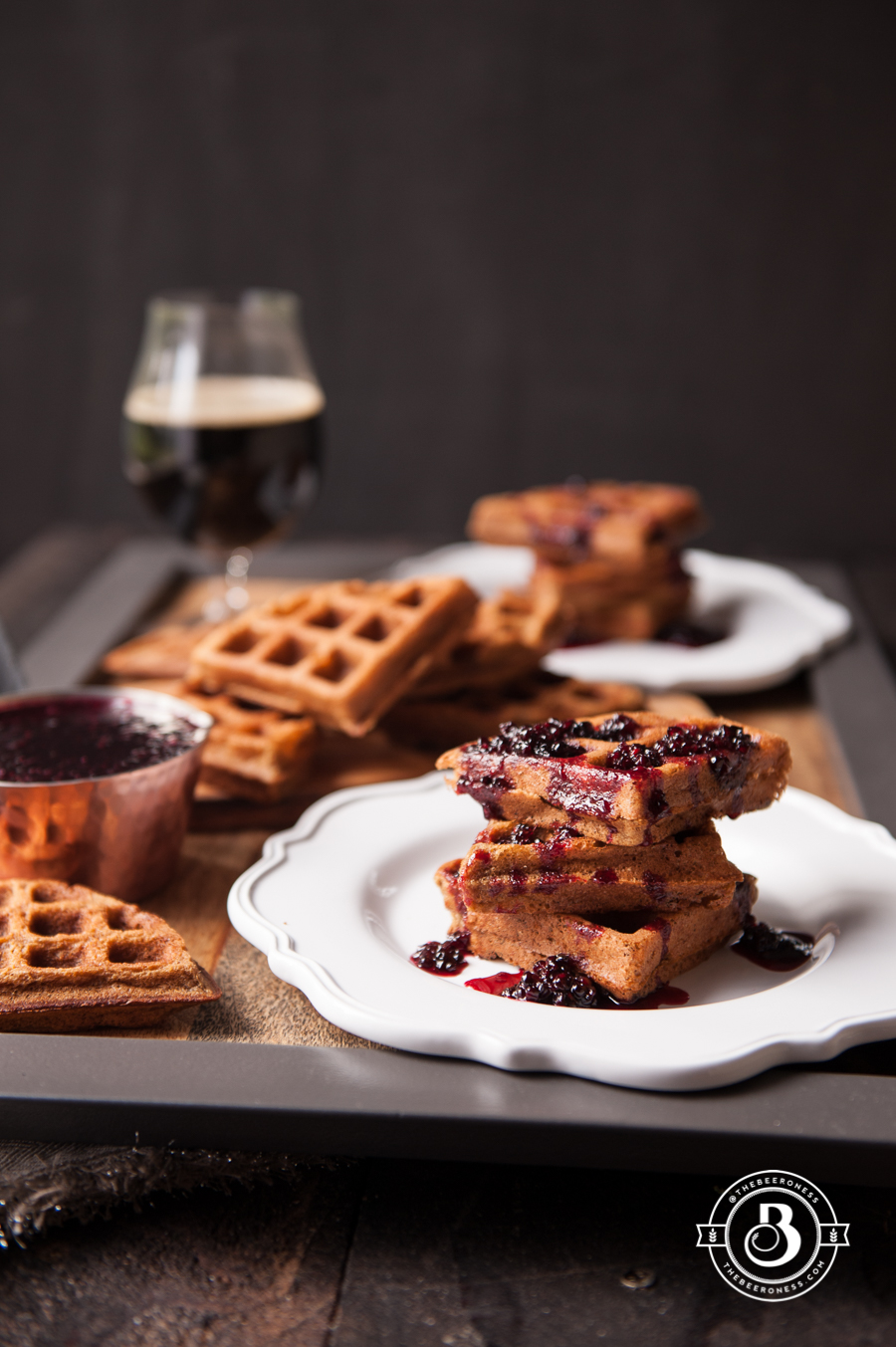 For the blackberry syrup I used Brombeere Blackberry Gose from Odell brewing. I love this beer, it accomplishes something very few other sours can: balance. It hits that perfect mark that gives you the beautiful funk you look for in a sour while still rounding out the flavors with a bit of malt and grain that often get lost with wild ales.

You can taste the berries nicely but it’s dry rather than sweet, giving it an insane drinkability.

Look for a beer that is fairly malty but with some nice carbonation like an Abby ale or Farmhouse ale or a Dubbel. Stay away from IPA's or high hop beers. A malty pale ale will work as well, or a well carbonated brown ale..