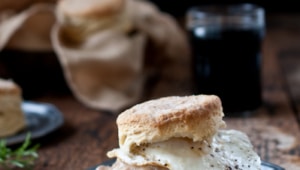 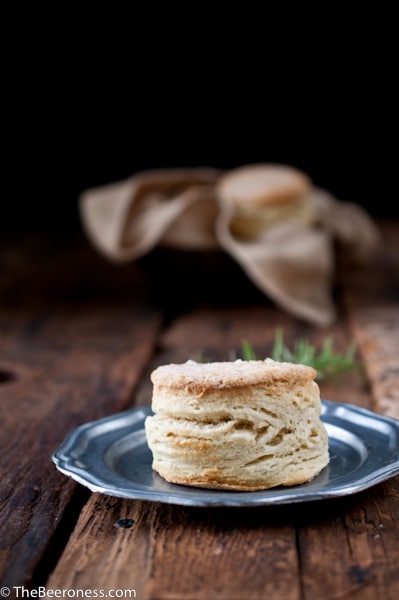 Let’s pretend for a second that you’ve never had biscuits and gravy.

Like you’ve never sat in good company at a crappy diner in a small town eating sub par biscuits and gravy washing it down with shitty coffee like it’s the best breakfast you’ve ever had. Like you’ve never had someones grandma make them for you so early in the morning you could hardly keep your eyes open. Like you’ve never delayed the start of day two of a road trip just so that you could have a plate of southern comfort food from that place your friend once told you about. 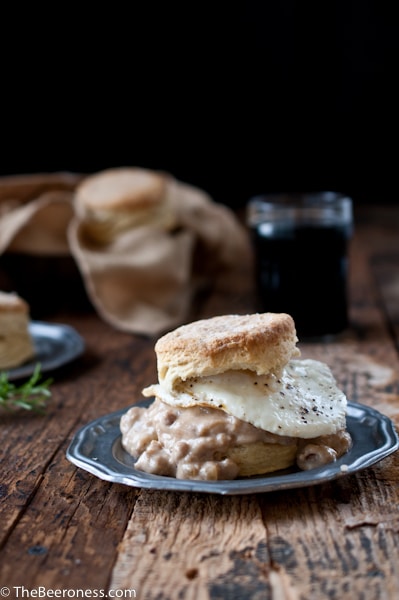 But we can’t do that. Because there is something about that combination of simple ingredients, done just right, that stays with us forever. The way the perfect song pouring out your car windows as you drive down a softly worn country road on a summer afternoon makes you feel like everything’s right in the world.

The food that stays with us, that comforts us, reminds us of home, is almost always simple food. It’s these dishes that are worth making, and remaking, over and over, making small adjustments that no one but us really notices, because dishes like this stay with us. 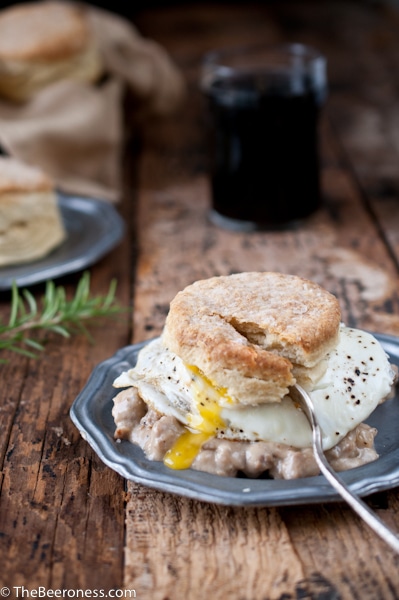 For the biscuits:
For the gravy:
Optional

A HUGE Thank You to my Facebook Fans who suggested I work on a Beer Biscuits and Gravy recipe. You guys are always an inspiration. 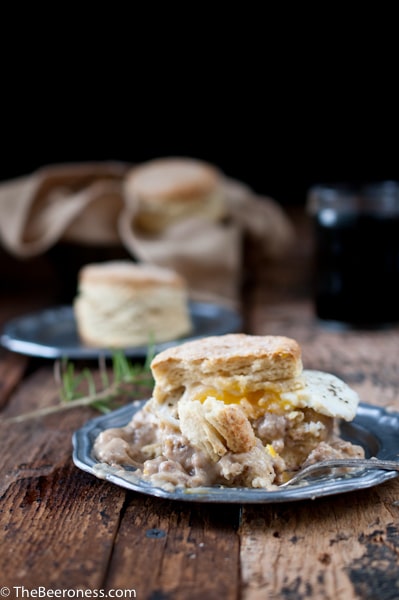