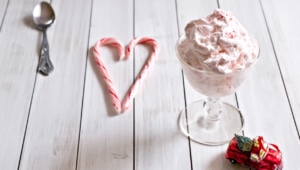 Tater walked at 6 months. Bullshit, right? Actually, it’s true. Although you fully have the right to be skeptical because most babies are barley holding their heads up and don’t even have the concept of standing yet.

For those of you who haven’t been through the: "Watching your offspring launch themselves from one object to another, resulting in scary bruises and traumatic screams" phase of your life, here is what typical babies do:

5-6 months: Can probably roll over in both directions

6-7 months: Tries to get up on knees in crawling position

8-9 months: Starts to crawl, possible attempts at pulling self up on furniture

10-11 months: Pulls self up onto furniture, possibly takes steps while holding furniture

Not so much in our house.

Tater literally tried to run before she ever crawled. Here is a video on You Tube of Tater taking steps at six months:

Just past her first Thanksgiving, not even 8 months old yet, she was walking around like she owned the joint. Watch this video of Tater Walking:

(And please ignore my, "Talking to my infant" voice. Or better yet, turn the sound off. Yikes!)

THIS baby, whom I was still buying 3 month clothes for was walking all over the place in a way that made strangers gasp and pull out their video phones:

Was I proud? Of course. But I was also worried. Not to mention the fact that my 6 month old had denied me at least HALF of her baby-hood by deciding to become a toddler half a year early.

More than anything else, I have a little glimpse into the developing psyche of my tiny daughter. She is fiercely independent, motivated, headstrong, and completely refusing to learn things in a traditional fashion.

"Crawling? That won’t get me anywhere. I want to walk, so why don’t I just do that instead of wasting my time on the floor?"

Of course, I’m pretty sure I know where she gets that from, Mr. Fits and I were both "Non-Traditional" learners and in spite of the fact that we both score shockingly high on IQ tests, we struggled in school. A lot. Both of us spent our entire childhoods thinking we where stupid because our brains processed information differently and that tended to earn us lower marks on standardized tests.

I felt this way when I threw myself into photography. I wanted to be good at it from the beginning, so frustrated with myself for not being able to produce the images that I saw seasoned veterans shooting. Why didn’t I get it?! What was wrong with me?! I needed to understand the basics, let myself learn a little at a time, before I would be where I wanted to be. And, to be honest, I still get frustrated with myself for not being a better photographer, even though I have only had my DSLR for about 7 months.

Will Tater struggle to run before she can crawl in every area of her life?

Although the world is changing, and other learning styles are being foster, I still worry about her. Fundamentals are important. You have to learn the basics in order to have an anchor for the rest of the information.

Cooking is no exception. No one has ever just walked into a kitchen and made a perfect souffle without first learning how to cream butter and sugar, read a recipe, or sift flour.

Even if you have mastered some pretty complicated recipes, going back to the basics will only improve your cooking.

My favorite fundemental is whipped cream. Something our Grandmother made without a thought was replaced by a blue and white tub full of chemicals that we find in the freezer section. Whipped cream is easy to make and so impressive. Especially when you flavor it with candy canes.

You will also need:

A piece of parchment paper, about 2 feet long Position your mesh strainer over your parchment paper. Pour the contents of your candy cane bag into the strainer. Sift until the candy cane powder is on the paper and candy cane chunks are in the strainer. Save the chucks to add to your favorite cookie, chocolate cake or brownie recipe.

form the paper into a funnel to pour the powder into a small cup.

In the bowl of a stand mixer add your chilled heavy cream, powdered sugar and 2 tbs of the candy cane powder. You can add more powder for a more intense candy cane flavor or save the rest for another recipe.

Whip on high until stiff peaks form. About 4 minutes. Don’t forget to Like Domestic Fits on Facebook to receive updates about new posts in your feed.