The Oldest Soul in the School Yard

In 1985 AIDS had formed the perfect storm of mass hysteria. A catastrophic cocktail of ignorance, death and wild-rumors-routinely-reported-as-fact on the Nightly news had whipped the world in to a wide eyed, froth mouth frenzy. We were all going to die, it was air born now, right? It was piped into the water supply by the communists, wasn’t it? It’s the bubonic plague of this generation and will surely swallow up one third of civilization. As I entered the second grade, the loud cries of the public were largely muted by my bubble of Care Bears and Fraggle Rock, until AIDS walked into my elementary school in the form of a five year old boy named Ryan Thomas.

Photo of Ryan and his Father, (from www.aclu-sc.org)

The youngest of three boys, Ryan had contracted the virus from a blood transfusion shortly after birth, arguably the worst time in history to do battle with the AIDS monster and what it had created in and around Santa Rosa Road Elementary school. His presence at the school had thrown the surrounding public and all of its housewives into a polo shirt clad lynch mob. They wanted him out. How dare a 5 year old want to go to kindergarten?! A line of station wagons pulled their kids out of school so fast only a trail of checkered Vans was left. “Mom, is it a vacation day? Why is the school so empty?” I asked from the back of our 12 passanger van as we pulled in to the lot on what I thought would be a typical fall morning. She threw the shifter bar on the steering column into park, swiveling around to look at us. “There is a Kindergarten boy named Ryan how has a disease. There isn’t a cure for it, so he will die. There are only a few ways to get it, like a blood transfusion, and that is how he got it.” She explained that we couldn’t get it from playing with Ryan, using the bathroom or drinking fountain after him and that it was OK to hug him. That morning I learned that the very thin and pale boy, Richard, who sat next to me in class, was Ryan’s big brother. Our teacher announced that Richard had a presentation for us and asked us to keep our minds and hearts opens, disregarding anything that we had heard before. Richard pushed his tiny frame out of his yellow metal desk and dragged the weight of the world to the front of the class. “I want to talk about AIDS, my brother has it.” The class was frozen on the words that came out of his burdened old soul. I’m sure I heard a lot of words spoken from the front of the class that year, but his were the only ones I remember. Later that day the playground was full of chatter about this grown-up topic. Debates about what Richard had said, what other teacher and parents said ("Better safe than sorry!") and who was right. My mom was right, Richard had reinforced that, and no one would sway my mind. That evening, my sister who didn’t have the gift of the Old Souls teaching lowered her fork to her diner plate, “Mom, the other kids moms are saying to leave Ryan alone, like we should be scared of him.” My mom hardly looked up from the highchair that currently had her attention, to speak the wisest sentence of 1985, “You should be much more afraid of ignorant housewives than of Ryan Thomas.”

Ryan Thomas died Thanksgiving Day, 1991 at the age of ten.

I have no idea what happened to his family, or his brother Richard. But I would love for him to know how much his words impacted me. Helped me to stand up to fear and ignorance. Helped me to see through mass hysteria, right to the truth.

I almost didn’t post this. But this afternoon I read an article about a 13-year-old boy who was denied admission to school because he is HIV possitive. The world needs more Richard Thomas’s.

Teach your kids how to be like him. I’m gonna do my best.

Because this is a food blog:

In honor of Ryan, and kids everywhere with HIV and AIDS, here are 4 healthy treats. Perfect for all kids. 1. Vegan Brownies, full of healthy goodness and completely delicious.  This is a post from a blogger friend of mine, Chinmayie of Love Food Eat. She cooks amazing vegan and vegetarian food from her kitchen in India. 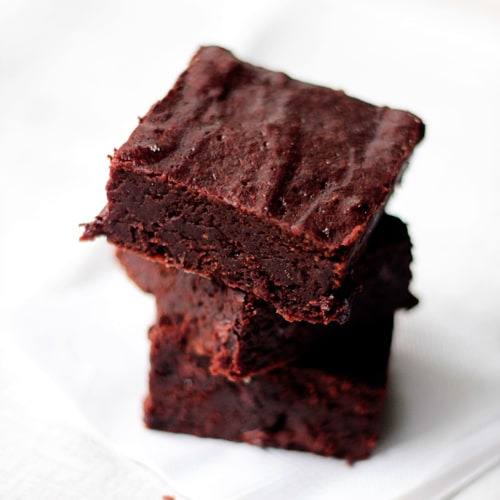 2. Homemade Fruit Snacks. A fun way to eat a couple servings of fruit.

From All Day I Dream About Food 3. Fruit Chips. A perfect replacement for those not so good for you potato chips. 4. Veggie Muffins. Perfect to stick in the lunch box, or even an on-the-go breakfast! 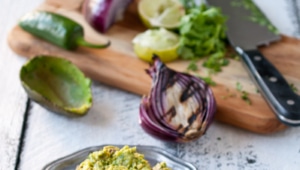 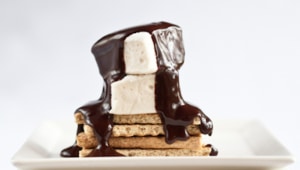 Ten Ways to add BIG Flavor for 10 Calories or less

Thank you so much for featuring my Brownies Jackie! I have to make those veggies muffins by Sneh… they look so delicious 🙂

Of course! You have such a talent for healthy and delicious food 🙂

I just wanted to let you know Jackie, that I am an older cousin to
Ryan, Richard, and Robert. I wanted to let you know that I was shocked and thrilled to see that Ryan remains in your thoughts. We all miss Ryan and are still dealing with his loss, even after all theses years. We all at that time did not understand the impact that Ryan would have on the world and us. But I am glad that someone other than his family learned and has remembered Ryan and the horrible way people act when they don’t understand something like AIDS and they let fear override their hearts. Thank you for your lovely post and for remembering Ryan!!

Thank you so much for your comment Tonya! Richard and Ryan impacted me so much as a kid, and changed the way I see people as well as how I saw my own reactions to people who were different from me. I worked with a group of people in Los Angeles a few years ago to put on a one day workshop for senior citizen in Los Angeles to education them on HIV & AIDS, as adults over the age of 60 are the fastest growing population of new AIDS cases in the US. Through the entire conference (it was a huge success!) I kept that experience I had with Richard and Ryan in my heart as a motivation.

I love you Jackie. Thank you for posting this! I still pray for his family!

His poor mom. I can’t even imagine.

We must be the same age. You have an amazing mother and she must be so proud of you. Thank you for this post.

Hi Jackie, My name is Robert Thomas, and i am Ryan’s older brother. First of all I would like to thank you for your wonderful site, and let you know that i appreciate the fact that people like you still remember him. He still impacts my life everyday and I wish that there were more informing sites out like this one that can still educate people about the AIDS virus. My email is Robs_Second_Account@hotmail.com Please contact me at any time, and again I would like to thank you for having this site available for people to see. It is very appreciated.

Also, this is a blog i found 2 days ago, it has about 10 pictures of Ryan (and the rest of my family) that I thought I would share with you. I hope you and everyone else who visits this site enjoy seeing how happy he was. Here is the link. http://archive.poyi.org/items/browse/2695