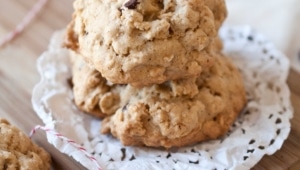 I spent the morning interviewing ex-cons.

For them, the employees of Homeboy Industries, it’s a second chance and fresh start. A non-profit that works with gang members, fresh out of jail, provides culinary training, GED prep, job placement, parenting skills and so much more. "It’s like a big family, but everyone believes in you." Said one guy, back for a second chance at his second chance.

But sitting at the front of the Homegirl Cafe, interviewing and photographing the employees, it felt like a second chance and fresh start for me too. I was hired to write an article about food. Paid to go there, talk to people and take photos. A rare opportunity it seems for me to bulldog my way into this food writing world that I’ve been fighting so hard to be  a part of. An article I hope to do justice to, undoubtably spending the better part of the next week working on.

So here we are. Me and them. My transformation so much less dramatic, so much less important to my survival. They inspire me. When I asked the man I met, the one who is back for his second time and only 3 days out of jail, how he is going to do things different this time around, he shrugs, "I’m just going to keep showing up. That’s all."

I think he’s on to something there.

For The Cheesecake
For The Caramel Sauce 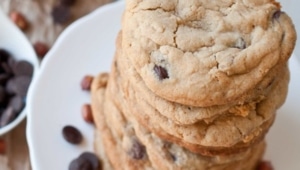 If you live in the Los Angeles area, I’m going to need you to do me a favor. I’ve somehow been booked on CBS, Los Angeles mid-day news with a cooking segment this Friday, August 31st. They want me to do a quick Cooking With Beer segment on the news at noon. People will be hungry, naturally, it is lunch time, and my hope is that this will persuade them to ignore any brief moments of nervousness that I have.

But If you could tune in, and support me, that would be great. I’m not really nervous, I keep waiting for that to set in, but it hasn’t yet. When it does, I would love to know that people who have been visiting me here on this little blog for the past year are out there cheering me on.

That would be great.

In the meantime we’re going to make some cookies. These call for the classic Beer Nuts, which I found myself in possession of after a particularly round night of cards at my house. Several bags of Beer Nuts left by an anonymous donor.  And I can’t just leave them in my pantry, I need to find a use for them.

We are also going to revisit that crazy idea I have of making beer extract. Because vanilla is just too…well, vanilla. 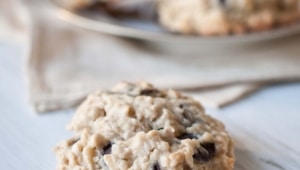 For years I’ve been insisting that I hate coconut. Ever since those crappy Almond Joys and Mounds bars started taking up valuable real estate in my orange plastic pumpkin during childhood Halloweens, I convinced myself that coconut was to blame.  Assaulting me with it’s odd texture that wasn’t quite crunch and wasn’t quite chewy and it definitely was not caramel.

And with the loathsome of all Trick or Treat offerings, the Neapolitan Sundaes as a side kicks in my Trow Away pile of post Halloween candy sorting, my distain was cemented. I hated coconut. Even when I discover Malibu Rum in college, and I would only buy coconut scented sunscreen because the smell made me blissfuly happy, I still wouldn’t release my grudge.

And even, after years of growing up with the idea that International Cuisine was Costco Lasagna and Taco Bell, I figured out that I adored Chicken Panang so much I wanted to bathe in it, still my aversion persisted.

And when I waitressed in dozens of mid-level family style restaurants, with shrimp shooters and extreme fajitas avoiding conversation about my Flare, and I was introduced to the white trash joy of Coconut Shrimp, it changed nothing.

It wasn’t until I read a post from my friend Julia that It all clicked. I don’t hate it. I hate crappy candy. Huge difference.

I went directly to my nearest store and bought some Bob’s Red Mill Coconut and set out to bake.

I made these for some friends who came over for a poker night, one of whom said, "No thanks, I don’t like coconut."

After I begged and pleaded for him to just take one tiny taste, he ate five cookies. Afterwards, he said to me: "I totally thought I hated coconut until I ate these cookies."

I have no idea what you mean.

Other than the fact that these cookies rule. And so does coconut.

My husband and I at Poker Night, not exactly winning,but having a great time.

In a separate bowl, add the remaining ingredients (other than the almonds and chocolate chips) and stir until well combined.

Using a cookie scoop or an ice cream scoop, scoop out balls approximately the six of a golf ball and place evenly on the baking sheet.

Bake for 20-22 minutes or until lightly golden brown. You don’t want to over cook these, so start to check on them at about 12 minutes in case your oven cooks way faster than mine. Especially if you skip the refrigeration step, room temperature cookies will be done a lot sooner. Once you pull them out of the oven, slide the parchment paper onto the counter and allow to cool.