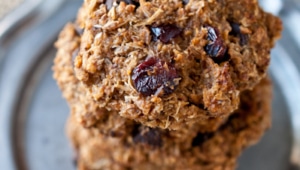 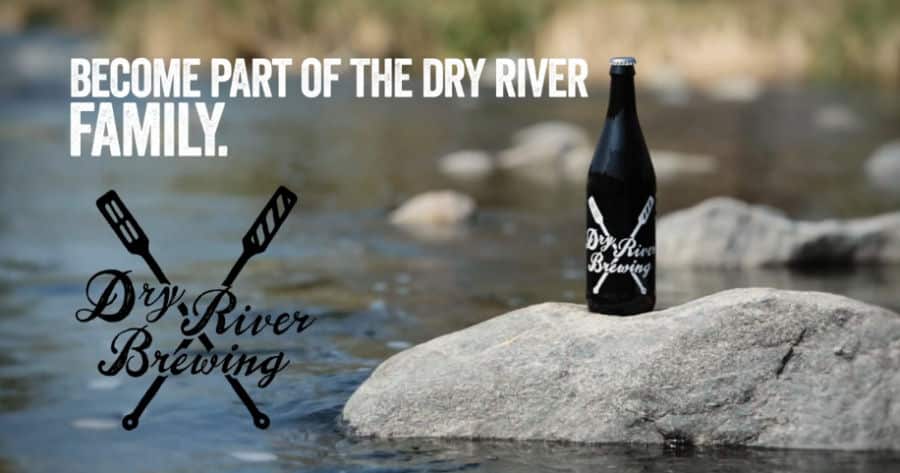 Homebrewer turned brewery owner isn’t a new phenomenon; in fact, it’s historically the path most commonly taken by those who head our favorite breweries. With the advent of Kickstarter, beer making business men and women everywhere are getting a leg up to their dream job. Today, thousands of campaigns for brewery owning hopefuls exist and the Los Angeles craft beer scene is no exception. With so many craft beer devotees vying of a place in the market, a few shining hopefuls stand out from the crowd as truly innovative and destine for success. Dry River Brewing is one of those elite few that stand head and shoulders above the pack. Due in part to how incredibly likeable the couple is, but largely because of how inventive the beer is. From Rio Secco Pale Ale, and  Horchata Cream ale to Camomile Honey Wheat, this is a brewery that brings solid accessible beer as well as pushes the limits of what’s previously been done with craft beer.

Owners Dave and Vanda have a Kickstarter campaign underway now, to get in on the ground floor of what is poised to be a exciting and dynamic brewery, check it out before it’s too late.

I was able to catch up with Dave and Vanda, ask a few questions and even sample their truly stellar beer. Vanda even gave me the recipe for her fabulous spent grain cookies. 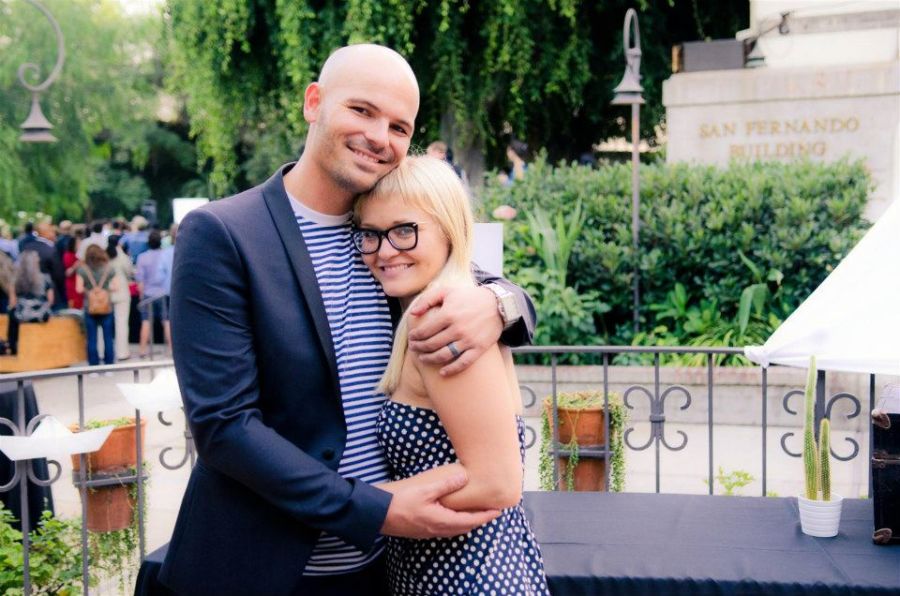 We started Dry River Brewing in 2012, after home-brewing for years.  We have both been interested in craft beer forever and we’re big loca-vores, so it was kind of natural for us to get in to home brewing.

2.      When did you realize that you could make the leap from home brewer to brewery owner?

We were initially thinking of opening a craft beer bar, but we were getting great feedback on our homebrew and as we were out talking with bar owners we realized that the big opportunity was on the production side.  LA is way underserved in terms of local breweries — we see tons of pent-up demand for locally produced beer.   I work in green real estate and my wife Vanda comes from a hospitality background, so Dry River Brewing really brings all of our interests together.

At Dry River Brewing we’re brewing sessional beers with non-traditional recipe and a local flavor. Our Horchata Cream Ale will be our flagship beer, and I think it’s a really good example of our style.  It starts as a traditional Cream Ale, but we add flaked rice to the grain bill, add vanilla beans and spices to the boil, then dry hop it with Japanese hops that accentuate the vanilla flavor.  We also do a tart Jamaica-Weisse with hibiscus flowers, and a Smoked Agave Wheat.  There are so many great beers out there, we’re always inspired to try new things to stand out and be different.

Dry River Brewing will be a destination brewery/seafood restaurant, with a big patio where people can sit outside and enjoy the river. The vibe will be super casual and the décor will play off of the river/nautical theme – think kitschy yacht-club meets urban brew-pub. Live music will be a big part of it, and we’re planning a bunch of programming to keep it interesting. We were scouting possible locations and were really drawn to the LA River.  It’s mostly paved over and covered with graffiti, but the river is a really interesting part of LA’s history — and now there’s an amazing vision to revitalize the river, dig up the concrete, reintroduce native plants, and build bike trails, parks, and other amenities to make the river a real destination.  We wanted the name of our brewery to get people thinking, and for our brewery to be part of that revitalization effort. 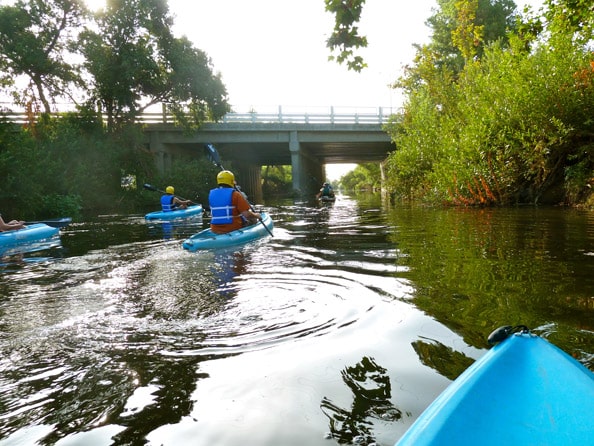 6.      You have a lot of support from the Los Angeles craft beer community, how important was that for you?

Huge!  We want to be a truly local brewery – we don’t have plans to expand outside LA County – so local support is super important to us.  We are really collaborative by nature, so it’s awesome to be part of a scene where people support each other rather than tear each other down.

Locally, I really admire Browerij West — I think 3 of my 5 current favorite beers ever are by them.  I respect the brewer’s (Brian Mercer) emphasis on simplicity in his recipes, and how he stays so true to his vision.  They only produce Belgian styles, no IPAs or anything else, and they started before Belgians were in style – I think that takes a lot of guts.  I also love their branding and aesthetics.  Brian has a great eye.

As far as breweries outside LA, I am a huge fan of Mikkeler.  He puts out a ridiculous number of beers each year, and pretty much every one I’ve had has been amazing.  I think it’s cool how he partners with other breweries around the world, not just because he comes up with such interesting recipes but also because he can use such a broad range of fresh local ingredients.

8.      Do you have a favorite ingredient when it comes to making beer?

We use lots of non-traditional ingredients in our beers, but I would have to say hops and Vanda would probably say tea.  I love to experiment with different hop varieties, especially new or unusual ones, to see what results I can achieve.  Vanda does a lot of amazing tea infused beers, like her Chamomile Honey Wheat, her Roibos Dubbel, and an Elderflower Blonde that we call the LA Cougar.

Vanda makes cookies!   She blends the spent grains in a food processor, adds some coconut oil, dried fruit, chocolate chips, a few spices, and throws them in the oven – they’re super tasty.  When we open the brewery we hope to use the spent grains to create energy, but if that’s not feasible we will donate them to a local farmer for feed-stock.  There’s still tons of nutritional value left in the grains after the mash, so we want to make sure not to waste it.

10.   What do you want Dry River Brewing to be known for?

We want Dry River Brewing to be known first and foremost for our beer, but we also want Dry River Brewing to be a landmark in LA.  We also hope that we can help to raise awareness of the LA River and the efforts to recreate it as a system of parks connected by bike trails.  We think that when people experience the LA River and see the potential for what it can be that they will get as excited about it as we are. 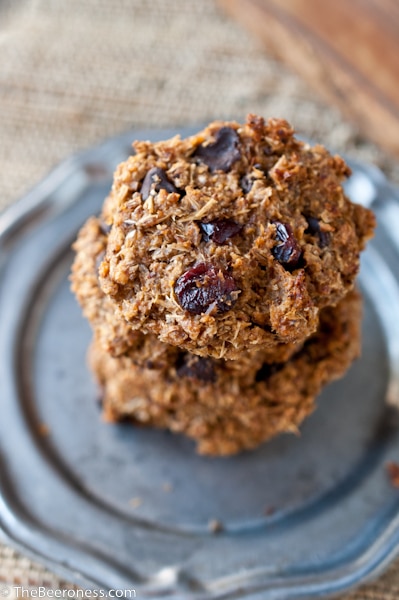 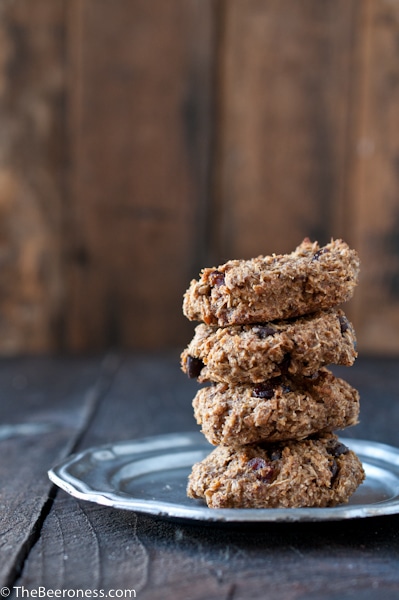