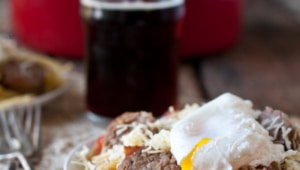 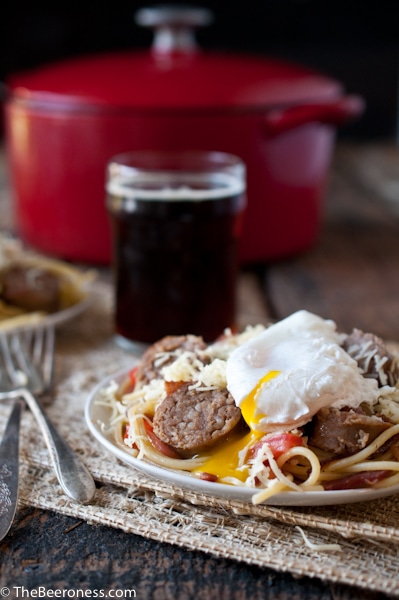 Although it seems like most of America sees Oktoberfest as The Festival of Barely Contained Breasts And Bad Beer In October, it really isn’t meant to be any of those things.  Oktoberfest began more than 200 years ago as a wedding celebration, it’s morphed into a celebration of local food and drink.

In Germany, they take that local notion seriously. Only beer brewed within the Munich city limits is allowed to be served at the festivities, and last year nearly 7 million liters were served up. Which may explain why 37  kids were reported missing, as well as a live rabbit, during last years event (all children and furry creatures were found safe and sound). 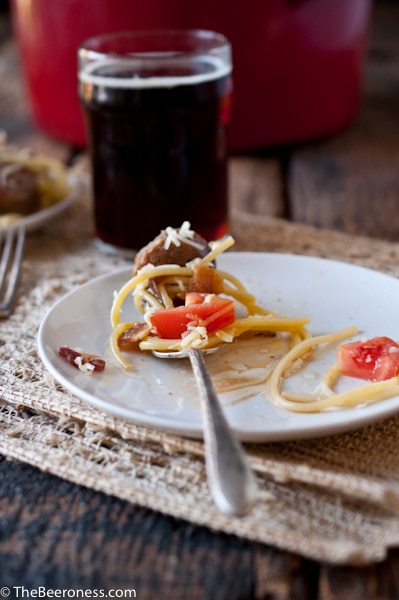 The authentic Oktoberfest festivities take place in Munich Germany, starting around mid-September and ending the first Sunday in October, making this year’s event well underway. To celebrate in my own house, far, far from the Bavarian epicenter of the German Beer Lovers Fest, I made a hearty pasta, full of beer brats and brown ale.

The bratwurst began as a peasants dish, using all the scraps left over once the more expensive cuts were taken, which makes it a perfect addition to carbonara pasta, which has its own humble beginnings on a peasants table in Europe.

To sum it up, my friends, celebrate in an authentic fashion: strap on some lederhosen, drink local beer, cook some sausages in beer, but just don’t forget where you put your kids or woodland creatures. 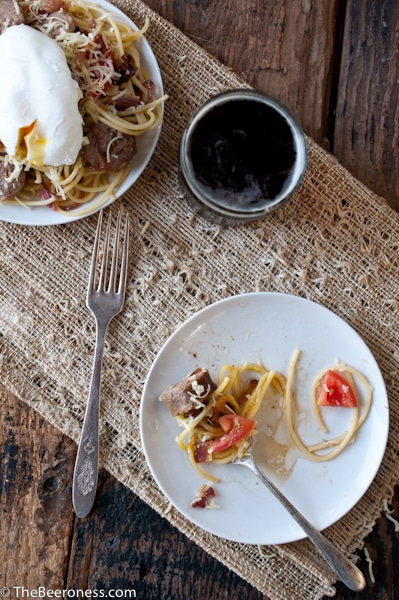