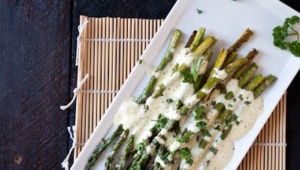 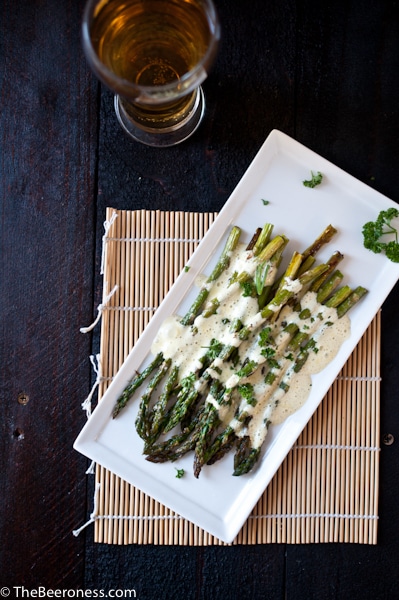 I’m living in a maze of boxes that seem to push up from the ground like stalagmites in a mid century modern cave. The move is just a week away, starting with a meandering drive up Highway 1 with my fat lazy bulldog. And still, it doesn’t seem real. The 78 degree days, don’t feel like the last open-the-back-door-bare-feet-outside kind of weekend for a while.

I keep forgetting that those restaurant I’ve been meaning to go to won’t be eaten at and the friends I haven’t seen in a while probably won’t be seen again.

It doesn’t quite feel like I’ll be calling Seattle home in just a handful of days. That the amazing restaurants and breweries I’ve only heard about will be my new haunts.  That those incredible oyster bars will be down the street and that I’ll be able to grab a quick drink with the friends I’ve accumulated up in the Pacific Northwest.

It still feels like I’m caught in a bit of an undertow and I’m not sure what the view will be like once I come up for air. But I do know that although I’m leaving the best produce state in the nation (California grows half of all the produce grown in the USA), I am going to a state that has an incredible amount to offer when it comes to food. Asparagus will probably become an obsession once I’m in the state that grows it best.

Asparagus, oysters, beer. I’m pretty sure I can handle the rain with a good beer and some great food. 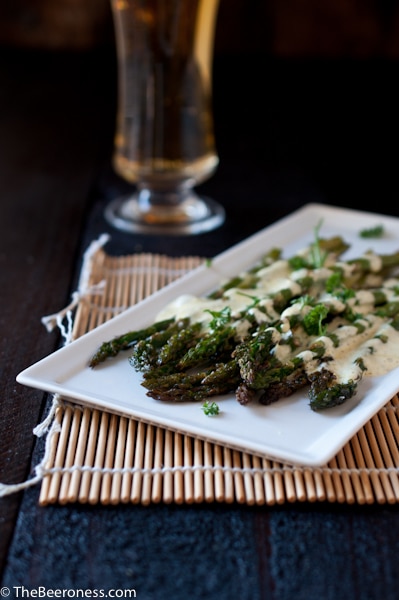 I start my drive up the West Coast in just one week.  Join me, it’s going to be a big move and a big adventure. I’d love to have you along for the ride. 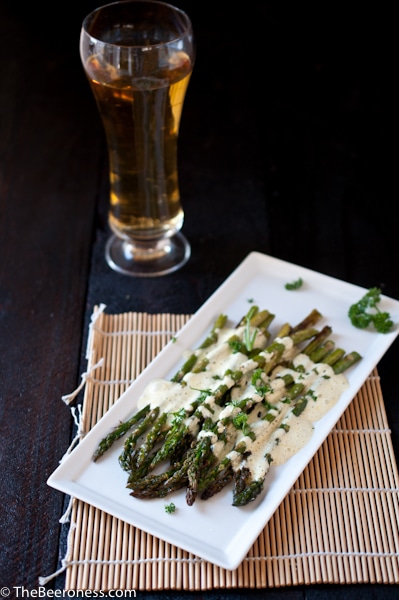 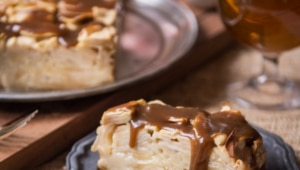 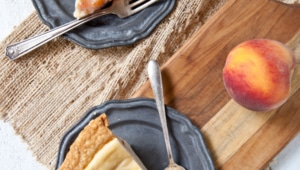 Wow! That is a fabulous idea! It looks and sounds just amazing!

Good luck with your move. Seattle is a fabulous town. P~

I can’t freaking wait to try that sauce – so good!

Good luck with the move…..Seattle is GREAT. I was at home here the first week when I moved to Seattle from SoCal in 1981. And still love it here. I hope you won’t miss the sun, many people from SoCal move up here and return within the year. Be prepared for many grey days. But you’ll have many adventures ahead of you and the best restaurants around to visit. Have fun while you are here. Definately eat at Rock Creek on Fremont, a friend of mine’s son owns it and is head chef…..amazing food.

Good luck with the move! P.S. I am Pinning this recipe immediately. I must make this!

Good luck with the move; never an easy endeavor. Lots of food lovers in Seattle.

I think I just did the world’s biggest happy dance thaty ou will be back here soon!!!!! Ben advises you just move to Spokane, but whatever – as long as I’m near YOU I’m THRILLED!!! Also – can we share a big plate of this and a beer? Deal? Deal!!

How on earth did you not call this Beernaise sauce??

I totally thought about it! It was a bit too cheesy.
And you need to come visit.

This sounds divine and uber fancy!

This looks amazing! And I hope the move went well. 🙂 Best to you and your family!