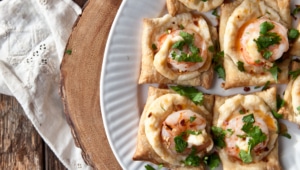 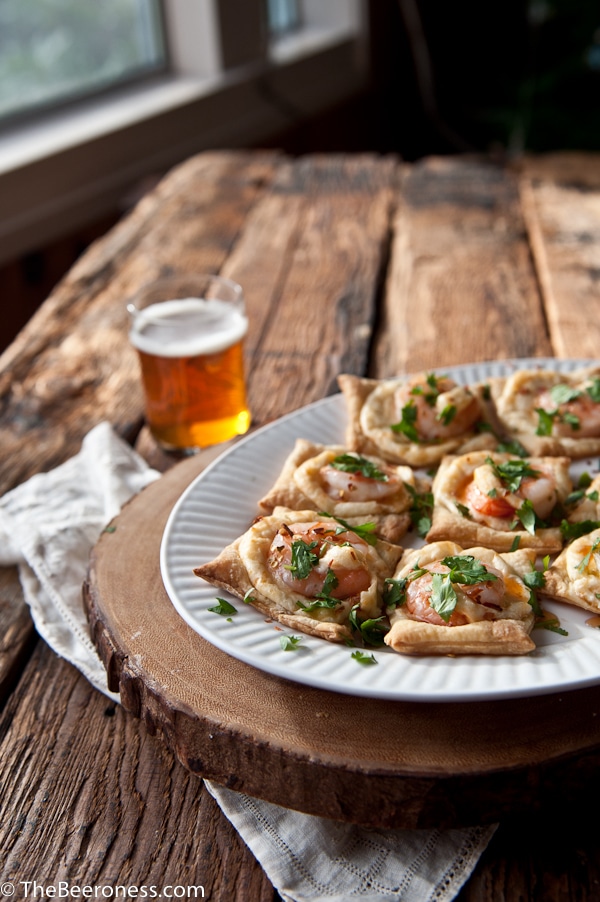 Right out of college I got a job working with gang kids in South Central Los Angeles, like this one and this one. I was prepared to be afraid of them, bracing myself to be on the defense, even packing pepper spray in my purse. I wasn’t prepared to fall in love with them.  I worked with kids as young as 5, and as old as 19, all either on probation or in foster care, sometimes both. To this day, some of the kids I met during that time are the smartest, most kind hearted, motivated kids I’ve ever met.

The first year I worked at a group home in a particularly rough part of Hollywood, I tried to make a big deal out of Christmas in a very middle American ignorant white girl kind of way. Let’s decorate the tree! Let’s make Christmas cookies! When I found out that the very small budget the organization had to cover Christmas gifts wasn’t enough to get the kids more than one small gift each, I ran around getting donations. Kids need presents.

To my WASPY surprise this wasn’t well received. The kids, all boys between the ages of 12 and 17, were mostly kind about it, although visibly annoyed. I wanted to know why, what where the traditions they grew up with, what did they miss? A few days before Christmas one of the younger kid, Jamal, offered to help me wrap some of the gifts, so I asked him.

He sighed, not sure how to proceed.

"Is this another one of my white girl questions that you guys tease me about?"

He laughed, "Nah, it’s just…a lot of us don’t got good memories of Christmas. It’s not really our thing. Some kids do. But most don’t."

He told me he didn’t get presents when he was little because they either couldn’t afford them or his mom was too drunk to buy any. For years he figured that it was because he was bad, that’s the story right? Santa brings presents to good kids, bad kids don’t get any. He also told me a story about waking up on Christmas morning when he was 5, spending it alone because his mom was on a bender. He sat in his living room hoping that Santa wasn’t real. Santa’s lack of existence was comforting, rather than the idea that he was alone and present-less because he was bad. It hit me how terrible the Santa story is for kids that don’t get gifts. My world opened up a bit that day, being taught life lessons by a 12-year-old will do that to you. I’ll never forget his face, so matter of fact, not the tears or grief you’d expect.

I can’t remember what I got for Christmas that year. In fact, I’d be hard pressed to name a dozen gifts I’ve been given over the years. But I’ll never forget Jamal and I hope he never has to spend Christmas alone again. 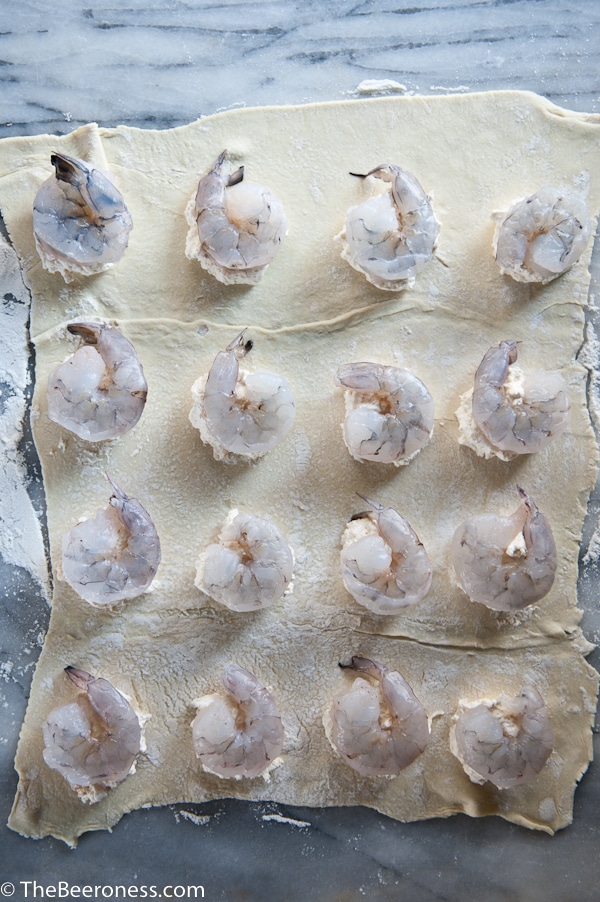 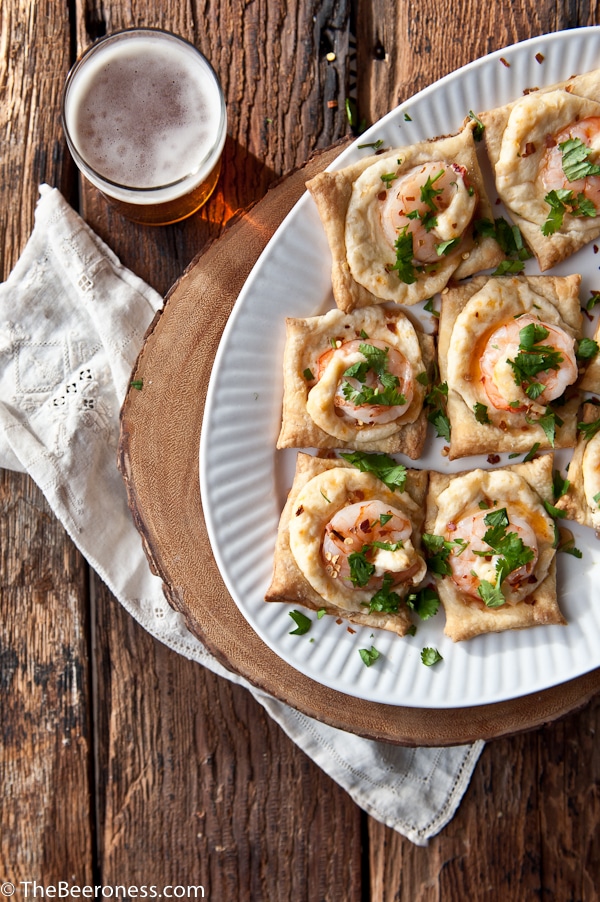 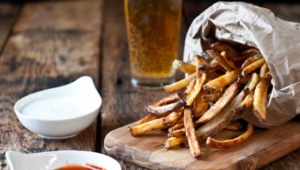 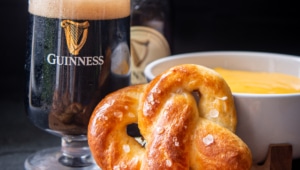 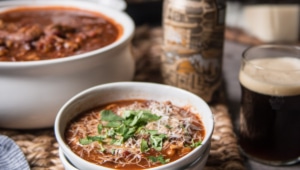 What a different way to look at Christmas and how commercial this culture really makes it… and yet, with all its intentions to make it memorable, it can be painful for many. Eye opening.

Great recipe! Always love stopping by and checking out your stuff 🙂

Love the shrimp recipe and hope to find time to make it this season…but what I especially loved was the story about Jamal. It touched my heart, and your story opened me up a bit more, too. Thank you and hope you have a happy holiday season!

Can this be eaten cold? Or perhaps made in advance and reheated?

I would not recommend reheating. But you can make everything up until the baking step. Once you get the squares and the raw shrimp on a baking sheet, Cover the baking sheet with plastic wrap and refrigerate until you’re ready to bake. Make the chili sauce and just leave it in a plastic squeeze bottle in the fridge until you’re ready. You might need to heat the sauce a bit it it’s too thick to drizzle.