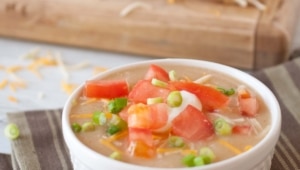 I’m sure these red snapper packets will be in rotation at our house. And btw, I love how the fish is shaped like a star in the first photo.