One Pot Tomato Parmesan Brown Ale Fettuccini with Chicken. Even the pasta and chicken get cooked in the same pot! 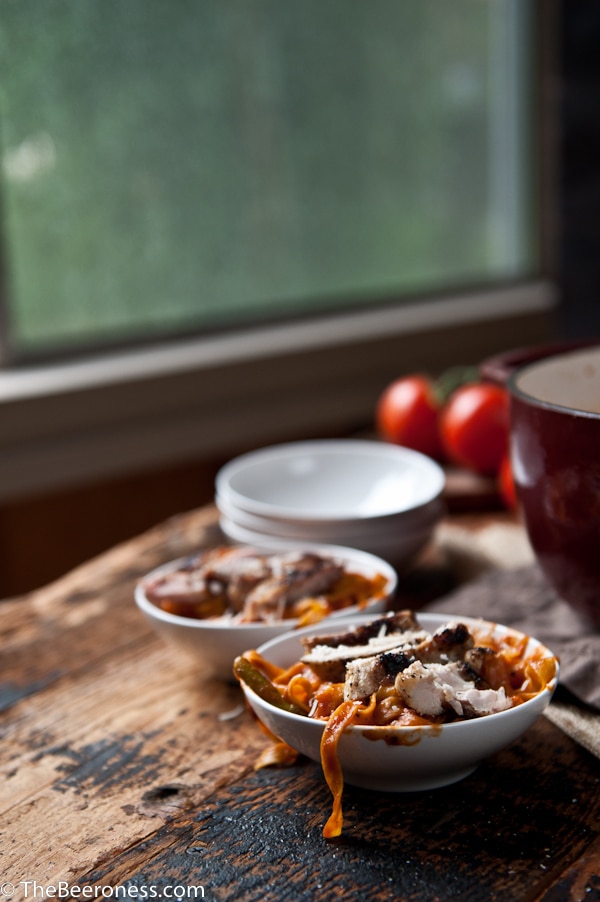 Sometimes I like to look at photos of old living rooms I used to occupy. The one when I was kid with the brown tweed couch, and the one with the tan futon from college, and the one I painted orange from right after I graduated. I stare at these images and think that if I just tried hard enough I could go back. I could walk in the door, throw my bag on that weird built in shelf next to the stove that Sophia chewed on when she was a puppy. That the awkward wrought iron table would still be there and the bad bathroom tile would still be covered in lady bug decals. 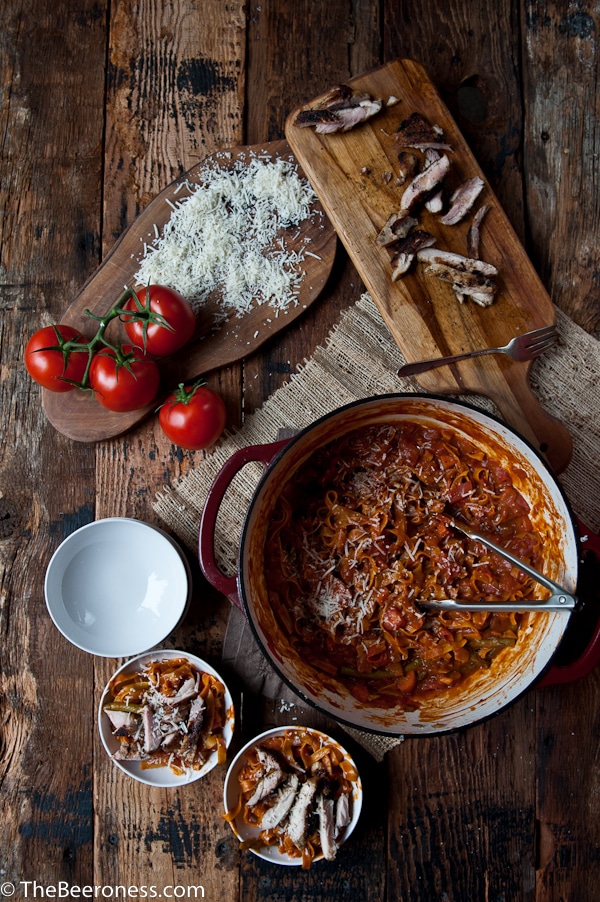 Then I remember that fight I got into with my academic advisor when I was in college. He was also the dean of my department and the type that would wear thin short sleeved button down shirts without the obligatory Hanes barrier between my eyes and his man nipples. He always had a way of pissing me off, but for some reason I told him that I was having a hard time adjusting, that friends had never been that easy for me to come by, that even going home felt more empty than I’d imagined.

"It’s true what they say," as he leaned back in his chair his large mass caused the seat to creak in protest under his weight, "You really can’t go home again."

I stood up, angry at him. He was right, and it made me furious.

Sometimes I think he might be wrong. For a second I think that there might be way, if I could find the key, that I could open the door and it would all be the same. 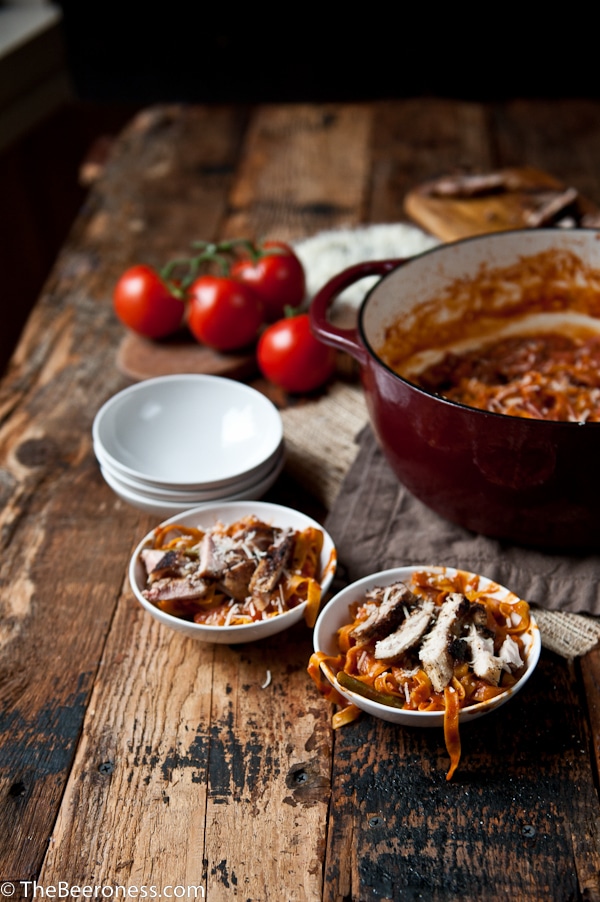 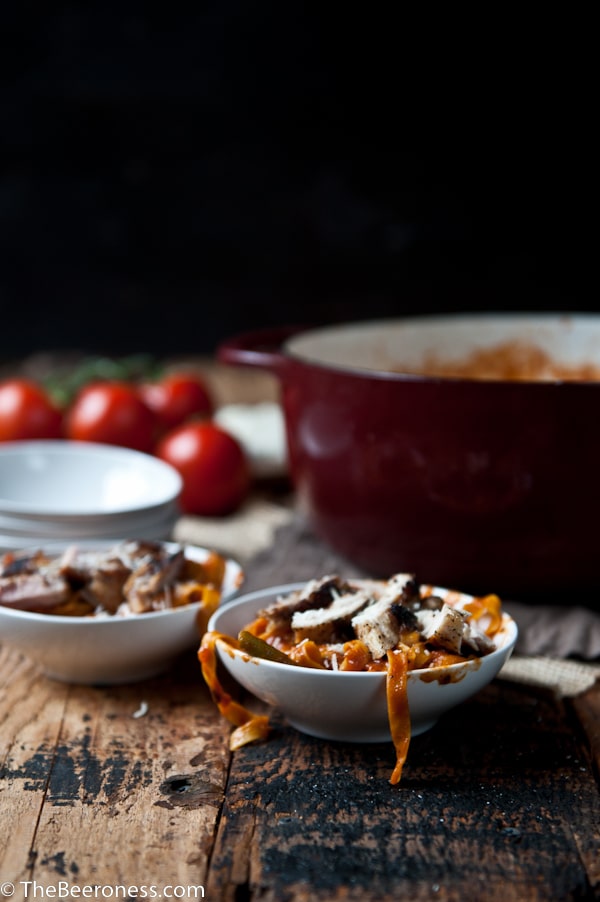 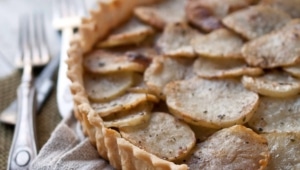 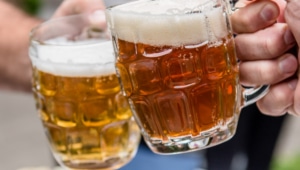 How To: Make Round Meatballs

this looks so deliciously fall and cozy.

One potters are the best!! This looks cozy and perfect!

Words cannot describe how badly I am craving this fettucine right now, it looks SO delicious. Definitely a recipe I can see myself recreating for dinner… I like to consider myself the queen of one pot wonders!

Made this tonight. I got lazy and used 1 can of diced tomatoes and 1 can diced tomatoes with green chilies. Subtle but interesting heat. Awesome dish!

Wow, cooking the pasta in the sauce, in beer. Amazing, I’m going to have to try this. How long does the pasta generally cook? I imagine longer than just boiling in water.

It only takes a little longer. The starch in the pasta thickens the sauce, so it’s a win-win.

My apologies – I am new to your site. What does "wt" mean as in "8 wt ounces of fettuccini". I have never seen this on any other recipe and I have been cooking for 40 plus years! Thank you,