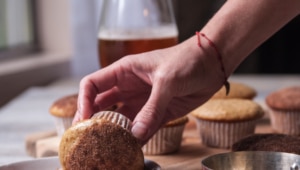 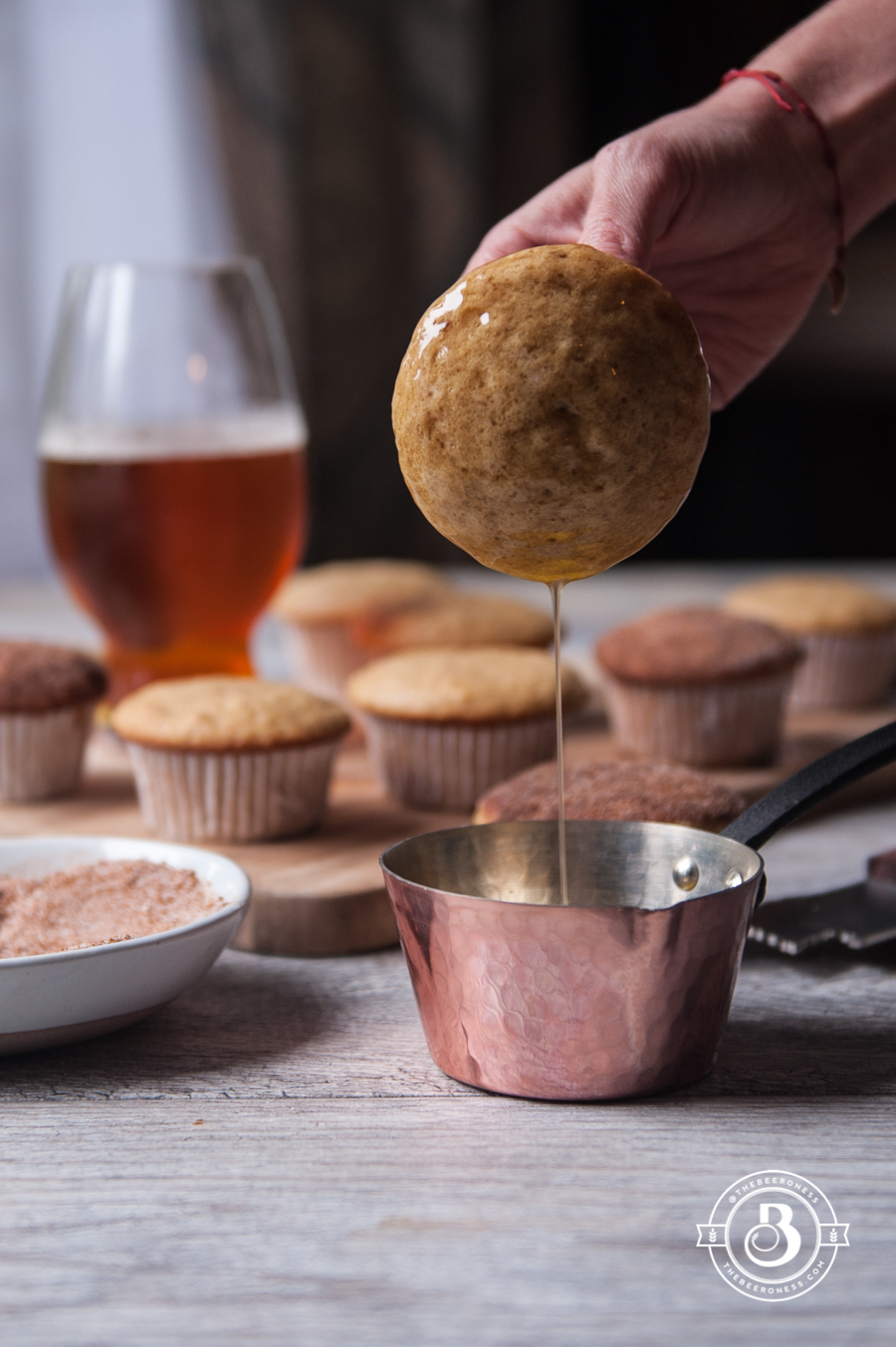 There is a feeling in the depths of winter that the quiet will swallow you whole if you don’t keep moving. As if you’d just be that misplaced bracelet that never gets found, disappearing behind furniture and then just ceasing to exist.

I’m not used to this. Born and grown in California, the winter was hardly different from the summer other than a lower flow of tourist, grabbing a sweater for Cinespia, and the absence of Vin Scully’s voice. You’d have to stop and think, just for a second, when you wanted to reference what season you were in. Like being on a vacation where the actual days of the week lose meaning and you have to stop to figure out if it’s Tuesday or Wednesday. Winter just meant a different set of activities, not an entirely different wardrobe and lifestyle.

Winters up North are different. There is a beauty in those clear crisp days when it feels like your voice and the sound of your footsteps on wet pavement will travel forever. The perpetually dewy trees, the misty morning fog, the light and unobtrusive snow fall, even the rain. It’s all majestic in a way that feels intensely calming. What they don’t tell you, when you plan to move a thousand miles North, is that it’s dark. Really dark. The cloud cover mid-day that blocks the sunlight from ever hitting the grass out front, and the sun finally calling it quits around 4PM.

Baking has become a winter activity. It fits in the culture of this newly acquired season in a way that makes me appreciate it so much more than the sun filled, warm day baking I used to do. Just the smell and the warmth from the oven seems like a missing piece of furniture finally being put back into place . Spring is on it’s way, and I’ve a few trips planned between now and then, but for the next few months I’ll be warming the days with baked goods. 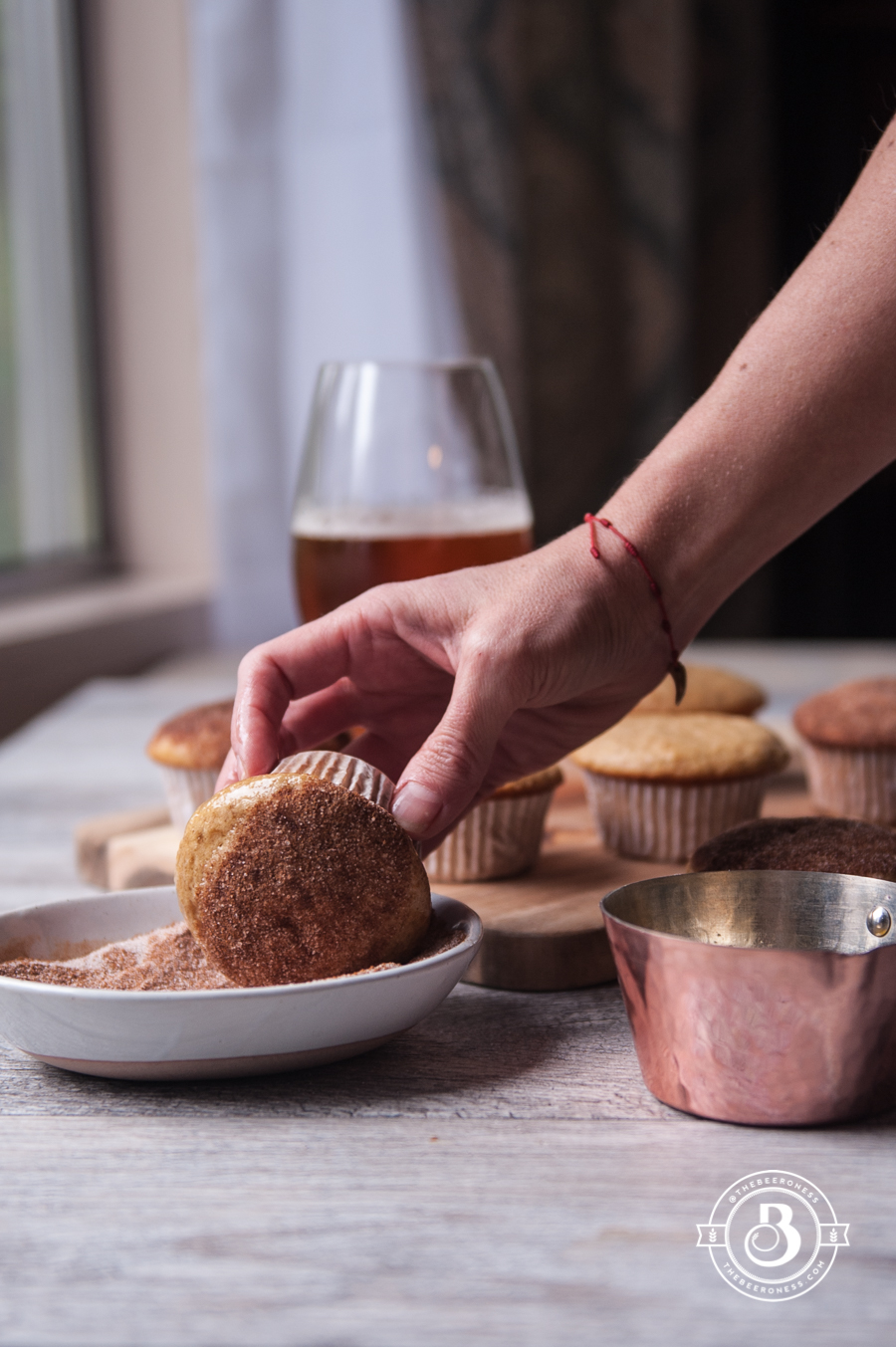 For the muffins:
For the topping: 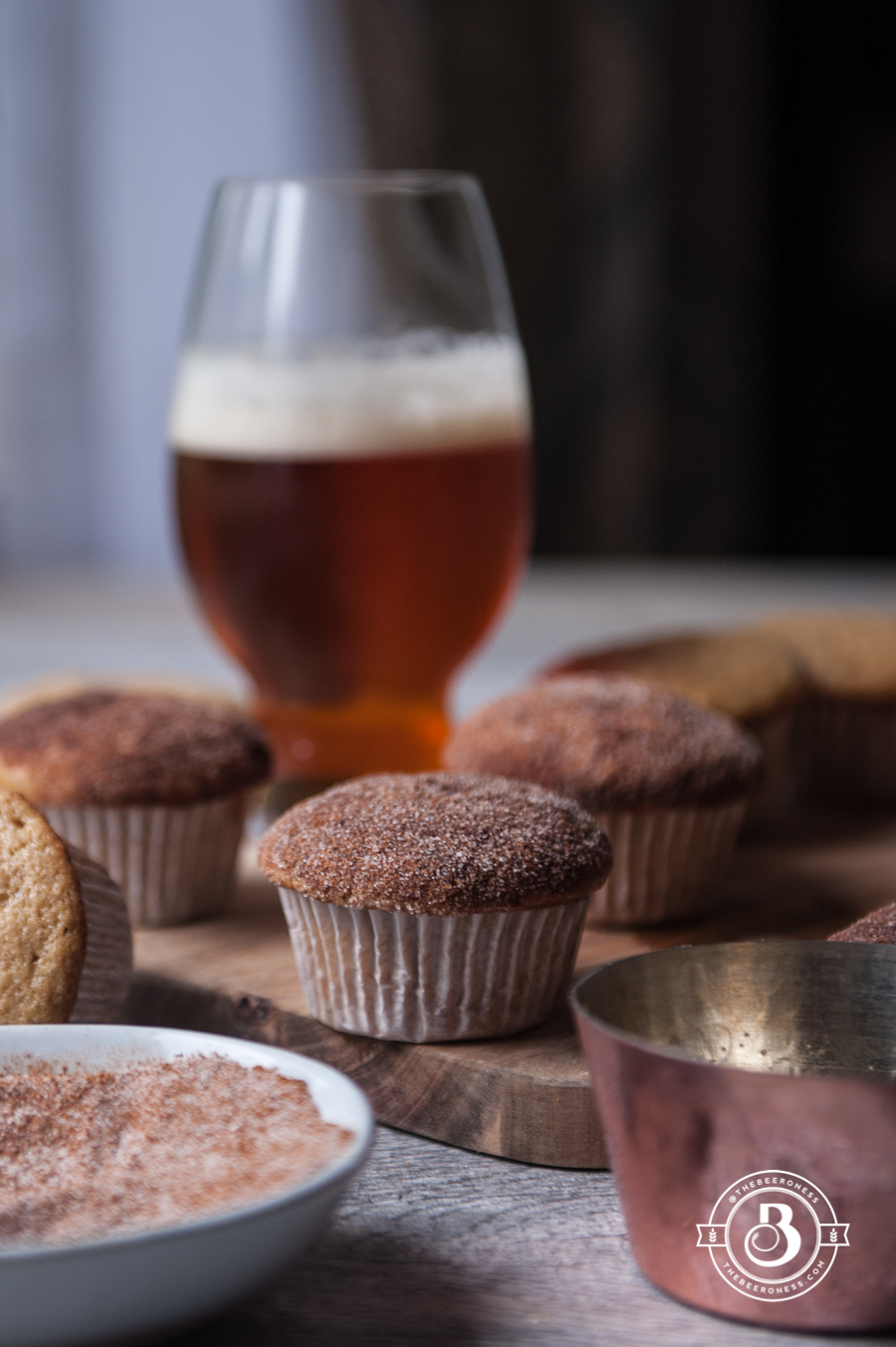 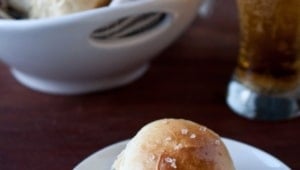 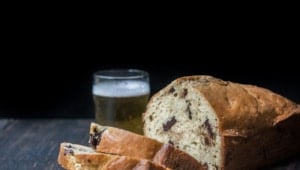 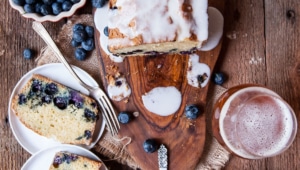 Beer in breakfast muffins! I love it and I want it. Thanks for sharing.

These look wonderful! Will be making them ASAP as baking is definitely the thing to do on these dark Seattle winter days. Really love the way you describe winter here too, I couldn’t agree more!

Baking is definitely a winter activity! I’m seeing more baked goods being brought into the office than ever right now. I’ll have to up the game with these…seriously, coming in to work to see a plate of these beauties will make everyone’s day!

these look good.can you use regular beer with this receipe. also can you buy just one bottle of wheat beer and would that be in a liquor store,grocery etc.

What do you mean by regular beer? A macro pale lager? That will work fine. And you can usually buy a bomber of wheat beer easily, but buying one bottle is usually OK at larger grocery stores.

Those of us in Colorado never buy beer at the grocery store!

The grocery stores in Seattle have some pretty awesome local craft beer. I really like that I now have the option to buy something I like at the store when I can’t get to a bottle shop. Hope more shelves are devoted to craft beer and less to macro beer in the future, but that won’t happen unless consumers buy it up.

You have such a revolutionary blog! Mmmm the pictures and recipes! I like so much to come back and see what is here on offer even I never drink beer but I really really want to add it to my cooking.