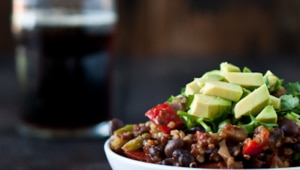 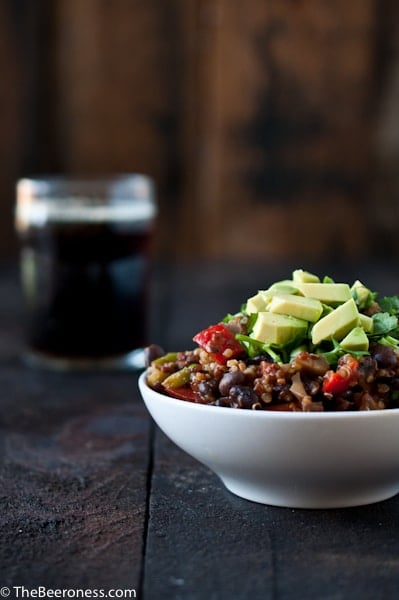 From an outsiders perspective, the question might seems silly. Beer, after all, is made from plants and water. At its most basic, the ingredients to make beer are simple: water, malt, hops, yeast; all of which are clearly non-animal. And while brewmasters have a way of working everything from bacon to whole chickens into their beer, the biggest culprits are more subtle. 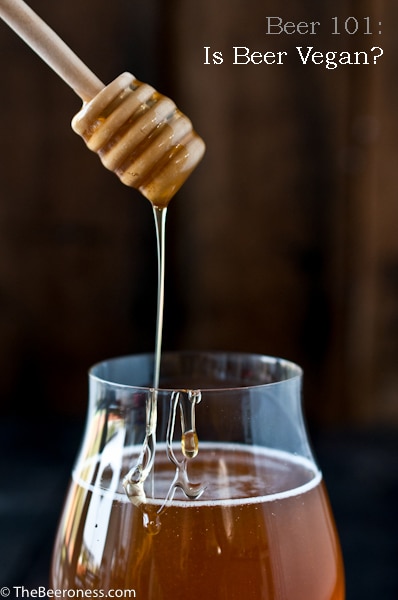 Sometimes, the de-veganized beers are easy to spot, a milk stout that uses lactose, or a honey kolsch, but more often than not, our veggie loving beer friends are in the dark as to whether an animal part has made its way into their pints. Since the CDC, the TTB, the FDA and all the other acronym loving agencies that have their grubby paws in what we consume do not require anyone to disclose the use of animal byproducts in the processing of food or beverages, it often gets left off the label (in fact, almost always).

The biggest offenders are what brewers use to clarify beer. While the need for clarifying is often done with non animal ingredients, or replaced with a centrifuge machine, it’s still common for breweries to use ingredients like gelatin or fish bladders as clarifying agents rendering beer not only non-vegan but non-vegetarian. There is also the foam control issue, and I’m not talking about the frothing of the mouth that occurs when your favorite stout is on Nitro, but the desire brewers have to give you that perfect level of foam head on your pints. To gain control on that lovely can’t-you-settle-yet-I-need-a-drink-now head on your beer, brewers have been known to use pepsin (made from pigs) or albium (made from animal blood) to give you the perfect pour. 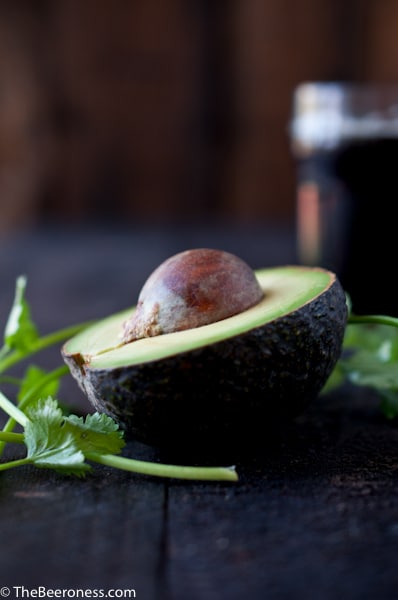 But if you are one of the growing numbers of craft beer loving veggie devotees, don’t despair. Many, many breweries are hip to your vibe, vegan beer is a concern for many. When it comes to finding out if your beer is sans-beasts, google is your friend. Also, websites like Barnivore give a great and growing list of vegan friendly breweries and beers. 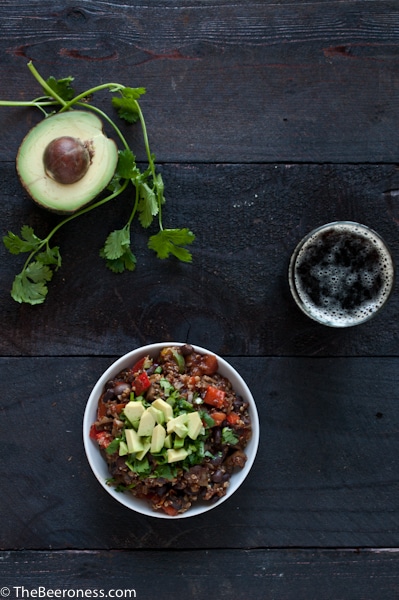 As an addendum to this, it needs to be mentioned that there is nothing wrong with the use of animal products in beer. Milk stout is a favorite of mine, and a good honey kolsch is great to pair with a summer cook out. However, disclosure is key and giving people the information they need to keep the diet they choose is a way to keep us all friends in this craft beer community. 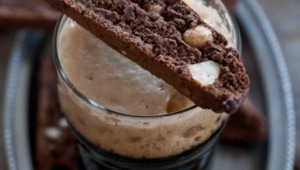 Beerscotti: Chocolate Beer Biscotti, Made with Beer for Beer 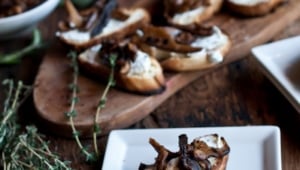 This recipe sounds amazing and I love the discussion about vegan beer! I knew wines could be filtered with shellfish, but the thought about beer never even crossed my mind until I was at the Grand Rapids Brewing Company and they boasted their beer was vegan. Mind. Blown.

This chili sound so cozy, warm, hearty and delicious! I love the mushrooms and quinoa and also how thick this chili is. I love a good thick chili! I never new beer could actually not be vegetarian. I swear, I learn something new here everyday!

It may be worth noting that gelatin finings do not remain in the beer, and I know vegetarians who are ok with consuming beer that was filtered this way. When fining with gelatin the gelatin settles throughout the beer and is either flushed out once it settles, or the beer is transferred off of it. Due to this there is absolutely no consumption of animal product in the finished beer. This is quite different than something like lactose which does remain in the final product.

Great point. And a lot of vegetarians are OK with it. But some people feel that if an animal had to die to make the beer, even if they aren’t consuming the animal, it still makes them uncomfortable to drink. More than anything is the ability to make that choice once you have all the information. If you’re cool with it, great, if you aren’t you should be able to make that call on your own. I’m not a vegetarian so I’ll drink all forms of beer.

I love a good beer-spiked chili, and especially a thick one like this! Sounds delicious. And I knew that there were non-vegan friendly beers, but I never knew some weren’t even vegetarian friendly! How interesting.

This so satisfies my shroom loving self!

Wow does this chili look amazing! I love it!

This is one vegan meal I could totally eat! Very satisfying b/c of the beans and quinoa, what more bringing some attitude with some Stout and Srirancha! LOVE it! Great work and the photos look gorgeous!

Great post…but I’m down for any beer 🙂

I know I might be thinking about this too much but does any product that fermented or has yeast in it not really vegan? Yeast is still a living organism. Either way this chilli looks and sounds amazing even to a meat eater like me

Wow, thanks for the education/low down on this topic. I am neither vegetarian nor vegan so I don’t really think about these things. But it’s quite fascinating to ponder. Thanks again for sharing….

Made this for a chili cookoff at my office and tied for 4th place. Not bad considering it was the lone vegan recipe amongst all the meat ones. Thank you! Will definitely be making it again, it was #1 at my house. 🙂

Your blog, recipes, and advice would each be easier to follow if all were not riddled by grammar and spelling mistakes.

Your comments would be easier to read if they weren’t so snarky and condescending.

Its like you redad my mind! You seem to know sso much about this, like you wrote the
book in it or something. I think that you could
do with a few pics to drive the message home a bit, but instead of that,
this is great blog. A fantastic read. I will certainly be
back.

So I’m vegetarian and this was a fascinating read – I had no idea! I also love your writing style and blog, and have plans to start cooking with beer immediately 🙂

How many does this recipe serve?