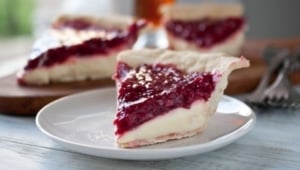 I made you a summery pie with a Double IPA Don’t be scared, this double IPA plays nice, I promise. I’m hesitant with double and triple IPA’s, over hopping a beer can result in a poorly balanced, pinchy tasting, bitter-in-a-bad-way beer that leads to my hesitation to sample the D & T IPA’s. That’s a shame, there are so many great tremendously hopped beers in our country.

Knuckle Sandwich is a fabulous entry in the DIPA category, given to us by Bootleggers, which has restored my faith in the genera. It has balance! I love malty notes in a beer, which this gives us beautifully as a framework to showcase those hops. It has great high notes of hops and citrus, but it also has the low notes of bread and malt, giving it some mad range.

Bootleggers is turning 5 this month, a newer brewery in Fullerton, California. You all know how I like to root for the Home-Brewer-Turned-Brewery-owner and this brewery could turn me into a cheerleader, especially if they keep making beer like this.

(By the way, Bootleggers, you should add this to your regular rotation, remove the Special Release designation and make sure to ship me a case when you get a chance.) 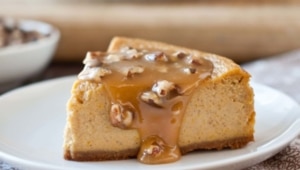 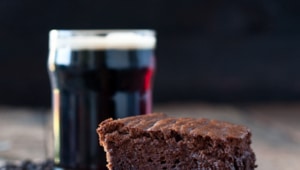 Chocolate Stout Mousse Brownies and What The Heck Is A Stout? 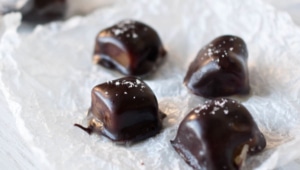 That is the most luscious, beautiful, gorgeous lemon filling ever! So thick and creamy looking. And the rasp sauce…delish!

Yum! I would have never thought of this but the flavors just make sense together. A summery beer for a summery dessert!

I want to have a one night stand with that pie.

What a lovely pie and that raspberry sauce sounds good enough to eat with a spoon.

you could’ve sold me just by saying "lemon" but that raspberry sauce??? Took it to another level of craving.

This pie sounds so good! Raspberry and lemon is such a fresh and tart combination–love it.

This sounds incredible. IPA is my favorite and so is pie. I love it!

Ben doesn’t like IPA’s – which in this case is fine by me – because it means i can have a beer and this whole pie to myself!! WIN-WIN!!

Nicely done, perfect for the summer and an extra ice cold beer 🙂

IPA is my favorite beer. And this may become my favorite pie. Sounds incredible! Bring on more summertime treats!

You are my hero 🙂 Love this!

Ok, I want me some right now. RIGHT NOW! Looks fabulous! I seriously cannot wait to taste this! Raspberries are probably one of my most favorite things on the planet. Oh, and the beer doesn’t hurt either. 😉

Dude… I totally want a slice of this right now. It look majorly refreshing, and I mean, raspberry bear sauce?! I want!!!

this is unique, don’t think i’ve heard of raspberry beer sauce, would like to try it!

Yay another dessert with beer recipe. Raspberries and beer? too creative.

This looks so delicious! I love a lemon and raspberry combo in desserts. And with IPA – perfect! 🙂

I love desserts like this during the summertime. And with beer? Bonus!