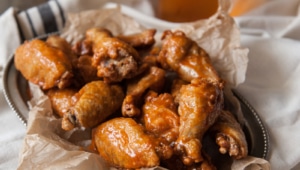 IPA Sriracha Chicken Wings + How To Get The Crispiest Baked Wings You’ve got to dig a little deeper.

At first blush, this seems like a cop-out. It’s beer and chicken wings, it’s such an obvious pairing you want to scratch your eyes out, scream "Milk and cookies, peanut butter and jelly, jalapeño and avocado! Give me something new!" But calm down, it’s more than that. It’s a revelation.

Really, it’s because I’m a nerd. Which is what drew me to craft beer, the geeky side of beer: the what, the why, and the how of beer. It’s the same with food. I don’t just want to know how to brine a chicken, I want to know why it works. Cooks Illustrated did a story on how to bake chicken wings in a way that the skin gets just as crispy as when you fry it. The fat is rendered, the skin is so crisp it makes a thump sound when you tap it with your nails. They nerd out on food in a way that makes me feel like I’m not alone. They tell you the kitchen fails, the reason they tried what they did, and what finally worked.

For this: baking powder that draws out moisture, low temperate to render fat, and high temperate to make the skin golden brown. If you’re still reading this, you might just be as big of a nerd as I am. And next time we meet, I’ll buy you a beer and we’ll talk all kinds of food nerd talk. 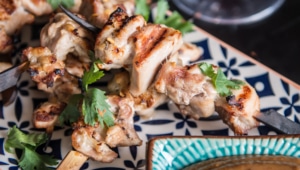 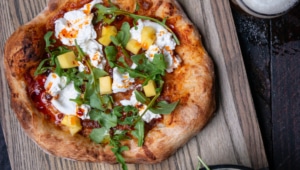 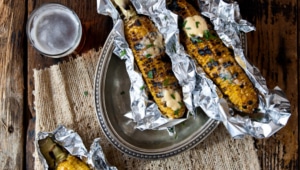 I will have to try this method. We love our wings crispy and spicy. Where does the beer come in to the recipe?

It’s in the sauce

Problem here. If you add up the cooking time these will be in the oven for over an hour. An entire chicken can be cooked in about an hour and 20 minutes. This really needs to be reviewed and reposted. It does however sound like a great dish.

This is a heavily tested reicipe put out by America’s Test Kitchen. The first cooking time is at a very low temp just to render the fat. I’ve made them dozens of times, it works amazing well. Just google "America’s Test Kitchen Baking Powder Wings" and read the hundreds of people who have made this with perfect results.

I’m definitely going to try this recipe for the Superbowl tomorrow. They look delicious. Thanks for the recipe!

Review it yourself Joe, after you try making them and repost your comment. These are perfect every time.

I love that you learned how to bake crispy chicken wings and just taught me all in that one paragraph! I have always wanted to know but have never researched….this is perfect! I will be making these as soon as wings go on sale at the store….CAN’T WAIT!

these made my mouth water! we’re huge ipa fans AND huge wing fans.. can’t wait to try these! thanks for the awesome tips!

If I buy the big bag of frozen wings, do I tinker with the recipe or do I need to defrost them first?

Defrost first. Leave them in the fridge for at least 24 hours prior to using. If you don’t the will still be raw on the inside.

Thanks for that, diff going to give it a go.

Tell me please, when will you have your book back in stock so I can order a signed copy? Big fan!

Jackie, could you brine your wings first (maybe adding a little IPA to the mix there too) or would that just introduce too much liquid to the mix?

Absolutely! I thought about that after I’d started. Definitely going to try that next time.

did we just become best friends?!

30 minutes at the low temp, and then another 45 at the higher temp on top of that? For wings? They’ll be sawdust after 75 minutes, no?

This is not clear: Bake in the lower section of the oven for 30 minutes. Move to the upper 1/3 of the oven, increase oven temperature to 425. Bake for 45 minutes or until golden brown.

I do look forward to trying these.

No. Cooks Illustrated is put out by America’s Test Kitchen, the recipes are the most heavily tested recipes there are, all tested by chefs. The first 30 minutes doesn’t do much to cook them, just renders fat. You can google the "crispy cooks illustrated chicken wings" recipe and see the countless amount of people that have made this recipe, all with outstanding results.

Bake for 30 minutes at low temp.
Bake for an additional 45 minutes at a higher temp.

I do wings this way but straight up for 1 hour at 400 and they come out crispy yet still juicy in the middle.

What do i do with the left over beer?

Hello Jackie can I put the wings in a smoker?

If you want to do smoked wings, it’s best to use a recipe for that. I’ve never smoked wings before, so I’m sure of the cooking times. It does sound like a great idea!

I have heard of people making smoked wings and that people have said they were good.
My personal experience however….took part in a family wing off competition, with a total of ten wing varieties. My brother in law decided to make smoked wings….I immediately thought he was a God and I would be toast…thinking they would be amazing. But to tell you the truth….they came in last place. No one in our family really seemed to care for the smoked flavor at all. Seemed like a great idea, but be careful if say…just my 2 cents. Cheers.

what is IPA beer?

Holy $#!@ ! Just made these. AMAZING! Made your Mac N Cheese with it and the only thing I regret is I can’t eat any more because I’m too full.Need to go to bed so I can wake up and eat more tomorrow!

This sounds like a great addition to my planned Guinness wing recipe for this coming Super Bowl weekend. I’m a big fan of baking the sauce on the wings so the sauce gets nice and Carmelized(personal pref I guess) Can’t see why you couldn’t do the same recipe but start the oven with the sauce on eh??? Thanks…sounds great!!(I might add a hint of lime…but that is my inability to leave things well enough alone. Lol) cheers!

Made these wings with my own homebrew for a night of brewing. Everyone loved them and couldn’t believe they were not fried. Thanks for the great recipe.

That’s awesome! I love this method so much that I’ll never cook chicken wings another way.

I cannot believe this wasn’t mentioned yet, but do not to use baking powder with any aluminum in it or you will get a metallic taste.

All I have to say is…. America’s Test Kitchen are the gods of the cooking world. These came out AMAZING! The only thing I would change is the sauce. While I followed all the rules for the first time at it, I must admit, the honey killed it for me. I like my wings spicy and this was just too sweet. However, the crunch, the crisp, the juice was all there. Plus, I had some delicious Celebration IPA to share with it. The hubs also approved and we will make this again, only spicier. Cheers!

As a fellow beer and food nerd (and an appreciation for the Test Kitchen’s commitment to trying a recipe 50 bazillion times—with documentation!), I look forward to the day we bump into each other at a brewery. Until then, I’m really looking forward to serving these at the beer event we’re hosting in a couple of weeks. Thank you!

I hope so too!

Made these last night and they were delicious. The cooking method is on point!

Great! This is literally the ONLY way I make wings now!