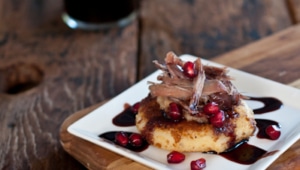 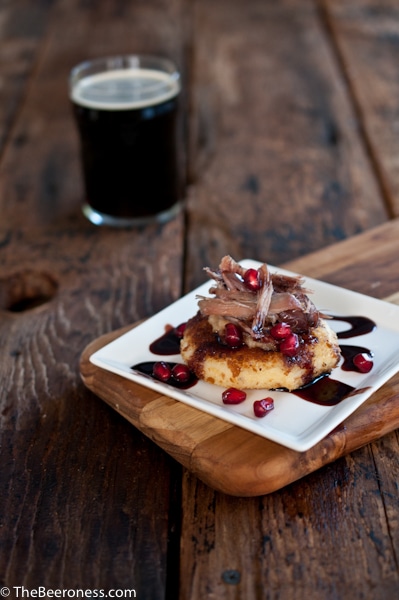 What the hell does Confit mean, anyway?

The culinary world is full of high brow words that can be used to dazzle and confuse the mainstream masses, that in reality just define simple principles.

Braise? Sear in hot pan then cook slow and low in liquid.

Canapé? Any type of finger food.

And that brings us to confit. Sounds difficult and intimidating but it just means to cook in oil or fat at a low temperature for a long time. It was originally invented as a way to preserve meat and chefs quickly found that it worked wonders on duck and goose. The greatest gift that the Confit Inventor gave to the modern day busy entertainer is that it can be made a week (some say months) ahead of time. The flavors just keep getting better.  It’s an easy and nearly foolproof way of cooking like a Culinary Superhero even if you only have a few successful meals under your cookin' belt.

I made this twice, the second time I just served the duck over a pile IPA mashed potatoes (rather than making the cakes) with the stout pomegranate sauce and a sprinkle of pomegranate seeds, turned out beautifully. It was so good I’m already planning on making it again. It’s my new Go-To fancy dinner party meal.

Don’t let the deluxe title fool you, use it as a way to dazzle and impress others. Just don’t let them know how easy it was.

For the Duck:
For the Stout Pomegranate Sauce:
For the Potato Cakes:

To make Challah breadcrumbs, add ½ a challah loaf to a food processor and process until just crumbs. Pour crumbs in on a baking sheet in an even layer. Bake at 350 until golden brown, about 6 minutes.

I use the Duck Fat

you can also find it at Sur La Table and it also works wonders with potatoes. (Affiliate Link) 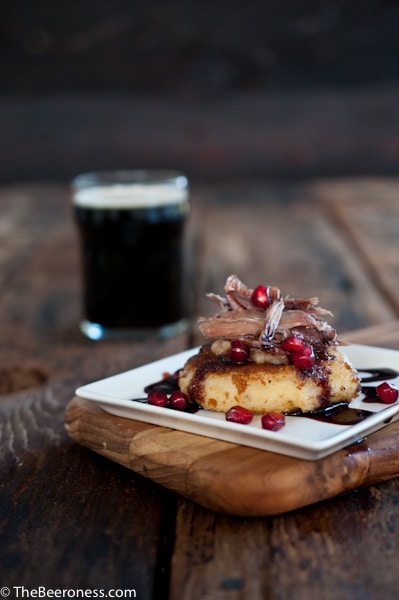 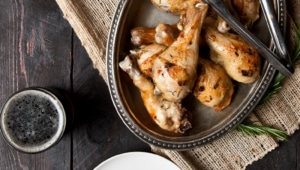 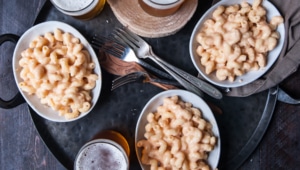 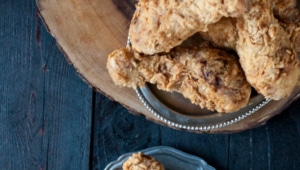 Wow this sounds amazing! I’ve never attempted duck before. Would you be able to find duck fat in a regular grocery store?

I have never had duck, but you really make me want to branch out and try something totally new. This is gorgeous and the pomegranate sauce? Oh i need that!

I’ve never made Duck Confit but always wanted to. It’s so deliciously succulent. This looks so incredibly good. NEED to try. Thanks for the inspiration!

Oh. My. Yum. 🙂 This looks so amazing, Jackie. Love the combination.

Duck fat can be tricky to find. Regular grocers typically wont have it. Whole Foods and Fresh Market both carry it now in rendered form, some farmers markets will have the raw fat (needs to be rendered down). You can also order online through amazon.

I would recommend buying a tub (about a 1lbs.) of it already rendered. It can be reused a few times and blended with canola if you want to get more out of it.

While confit is great, and I cant wait to try this recipe…use some of that newly acquired duck fat to make french fries. Utterly incredible!

I usually find it at Sur La Table or order it online. But I always save what’s been rendered after making duck confit and end up with more than what I started with.