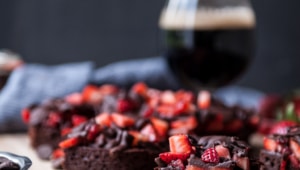 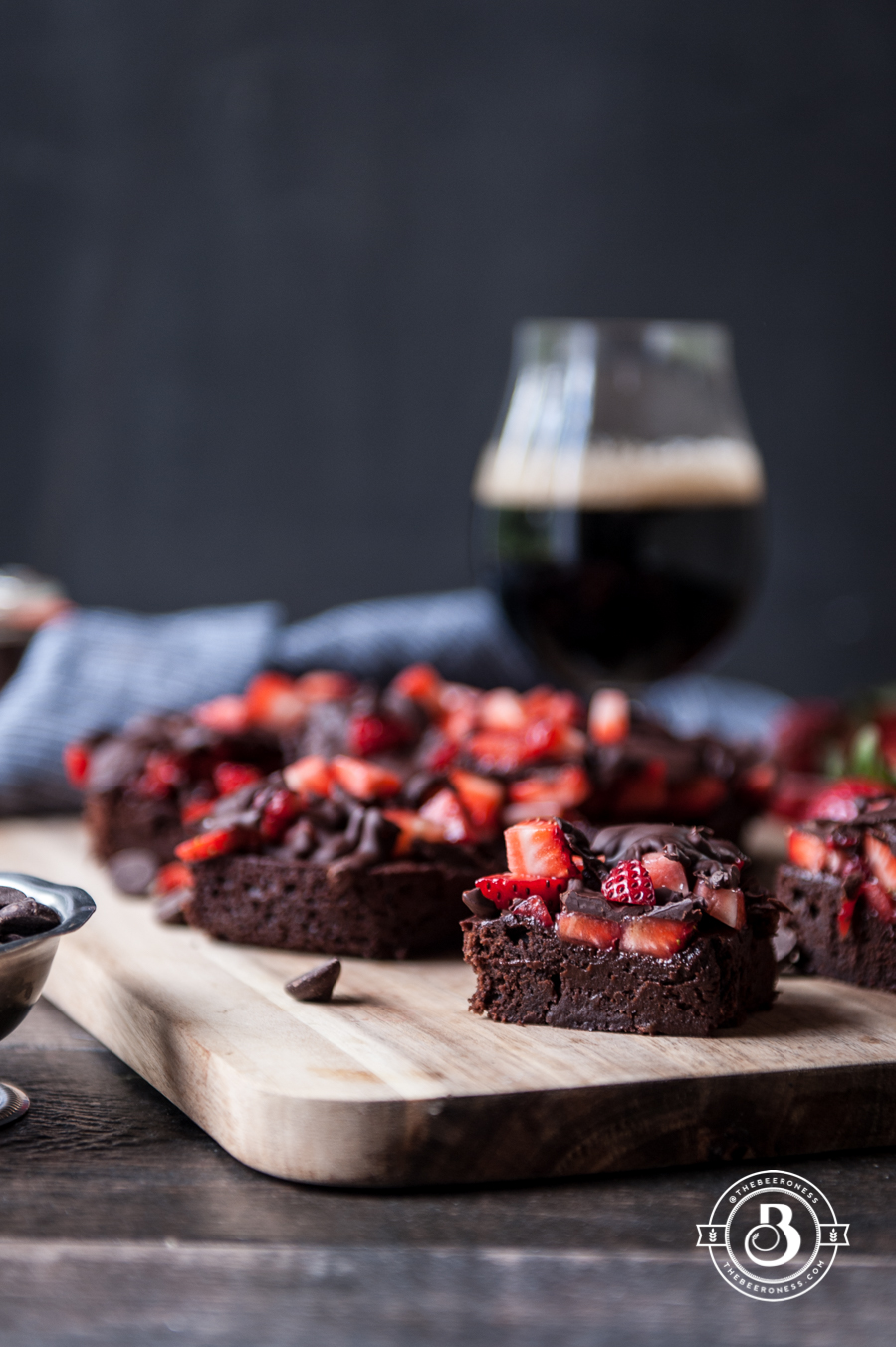 I was on a train, somewhere near midnight, traveling south trough Italy. I was 20-years-old, traveling with another girl my age who was hardly bigger than a middle schooler. We found a sleeping car, closed the door and latched it shut. These are the things you do when you’re a small girl, traveling by train in the recesses of a foreign country, you lock all doors with all available locks.

While boarding we’d seen the guys who loudly claimed the car next to ours and seemed to be throwing an Italian frat party inches from the beds we’d claimed for the night. We hear them quiet down, chatter in hushed Italian, laugh, whisper again. Then they start to bang on the adjoining wall. Their shouts get louder. We hear the door open,  two of them start to bang on our flimsy door secured with an equally flimsy lock. We tell them to go away, we don’t want to party, but this somehow is perceived as encouragement. They don’t understand English, and their reply is just as unintelligible to us. They retreat.

Throughout the night, and the various stops along the route between Venice and Bari, we hear them attempt to make contact again. We hardly sleep, scared that the lock will give out and we will finally find out what a pack of mid-20’s Italian men want with the two American girls. Somewhere near dawn, we pull into a small train station in a remote part of Southern Italy and we hear them file out of the door and into the small train hallway, clearly they’ve reached their destination. Just before the car next to us is finally quiet we hear a loud, aggressive knock on the pocket door that’s served as our bouncer and safeguard for the night. We both sit bolt upright.

As the train pulls out of the station and resumes it’s course we bravely peek our heads out. On the ground is a small brown box and a note written in Italian on lined notebook paper. We open the box, it’s six small artisan chocolate candies. We both smile, somehow relieved by what we’ve found, no matter what the note actually says. Later we ask a conductor to translate the note for us, "We wanted to give you some chocolate. We are culinary students and wanted to share. Hope we didn’t disturb you too much. Safe travels."

Maybe someone else would have felt guilty for shunning what ended up being decent people, maybe I should have. I was touched by the gesture, even though the safeguard of an appropriate red flag in that situation kept me from enjoying what may have been some pleasant company. The chocolate was great, as chocolate at dawn always is. Perfect with espresso and laughing about what happened, what could have happened, and how glad we were that the trip ended the way it did. 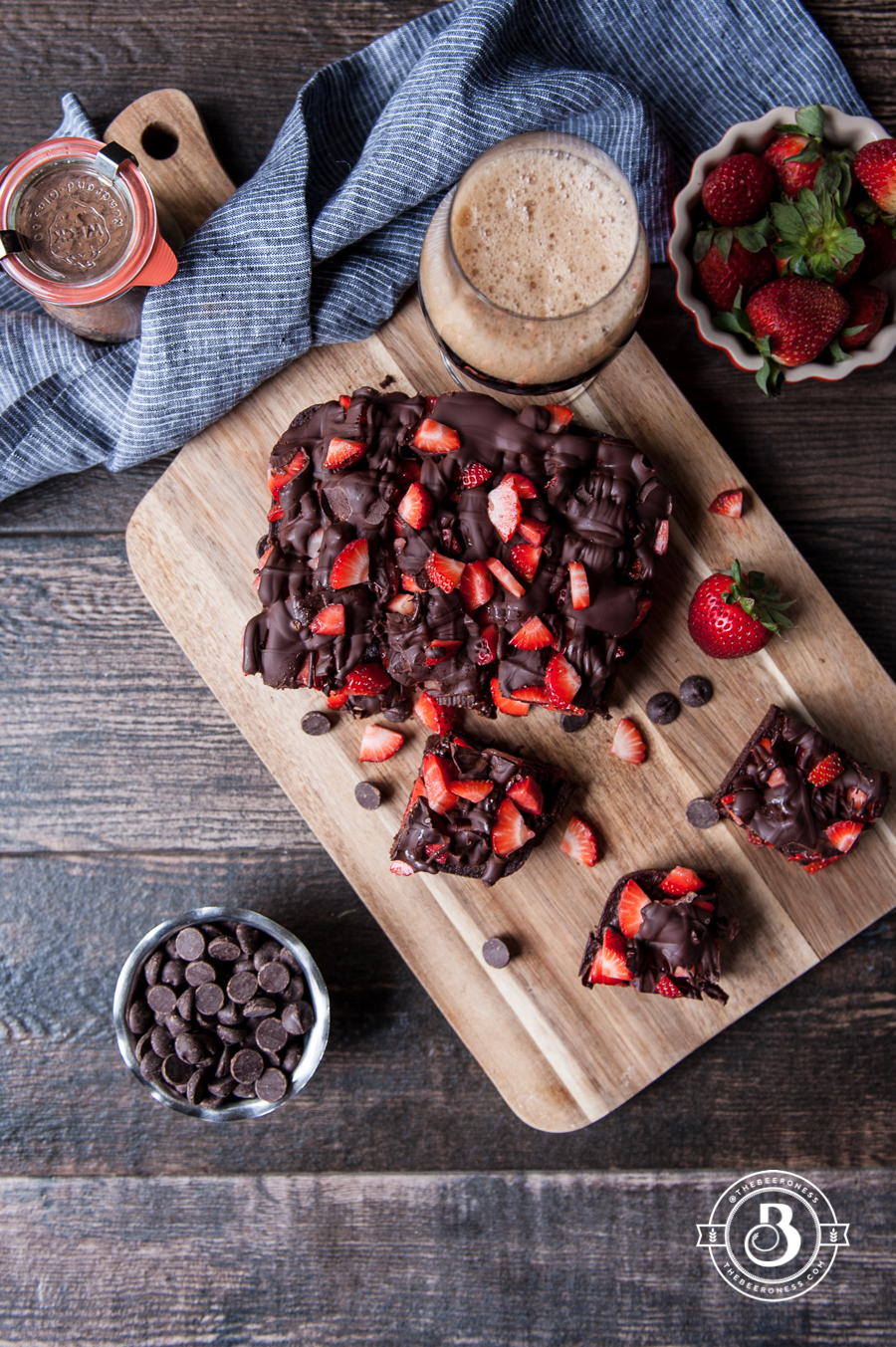 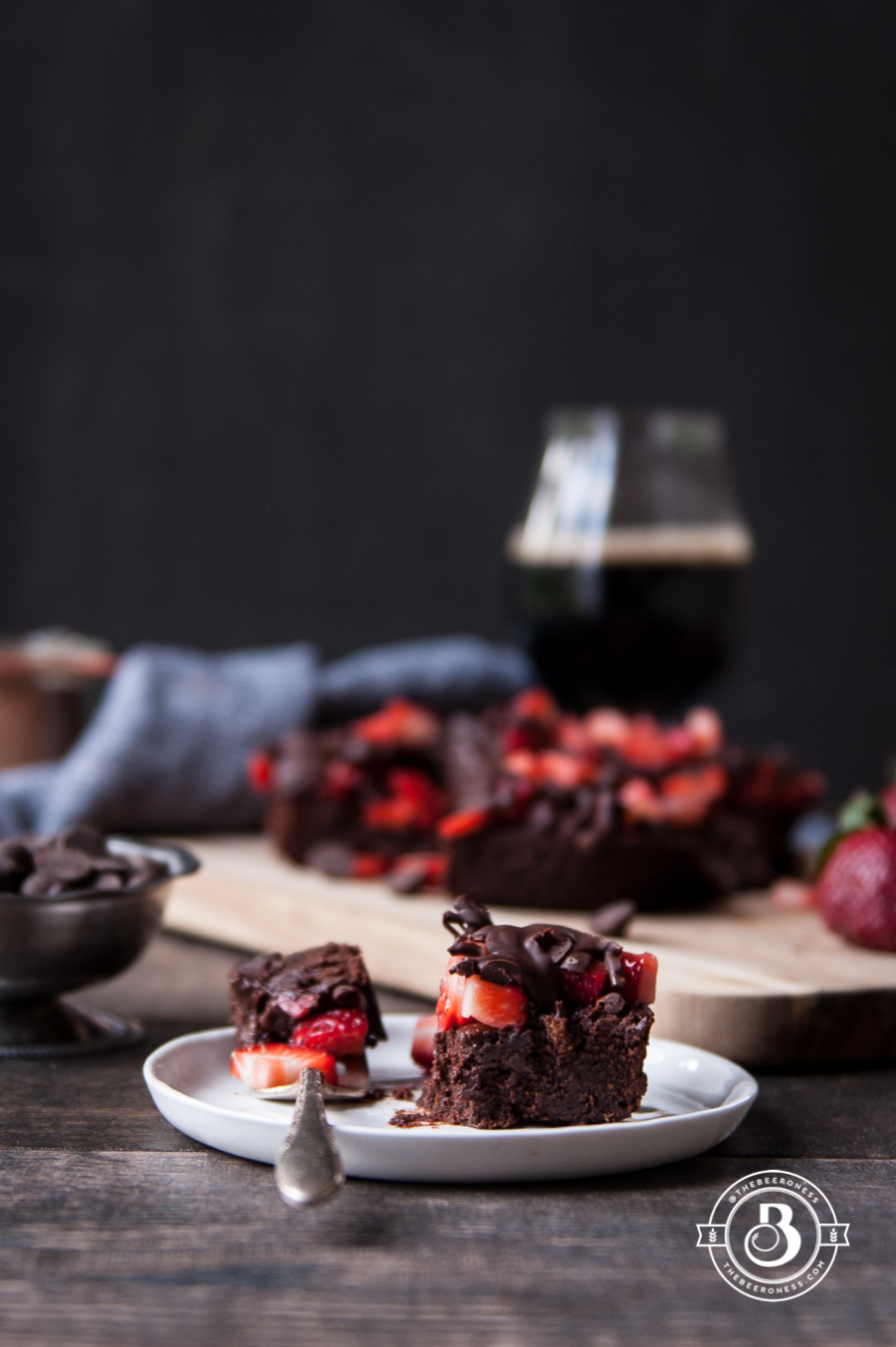 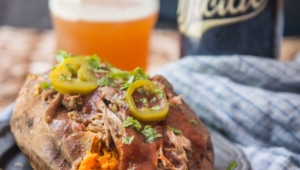 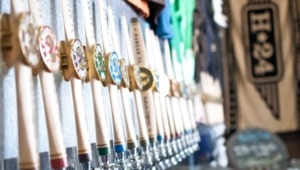 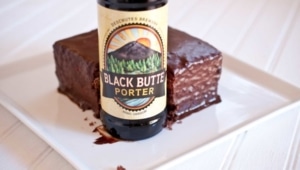 Great story. I have also had some very nerve racking train journeys in Italy. Love these brownies.

LOVE these!!!! What could possibly pair better with strawberries than loads of chocolate!

These look delicious! Thanks for sharing.

Such a great story! I wouldn’t have opened the door either…

We are who we are, our 'station' in life dictated at conception. Lucky you to have had the experience you wrote about at such a young, fearless and impressionable age. Can you tell that I am old and jealous?

Chocolate and strawberries taste so delicious together!

Your work on this blog is absolutely out of this World.
Recipes which work, photos are just looking so delish! It is a big motivation in trying to get better myself with my recipes.
I would never believe that I would become a fan of a page involving
beer but here I am returning and returning for recipes, inspiration, and well wonderful wonderful pictures 🙂
Hope you are having a wonderful day!

Could regular beer be used in place of Stout?

I’m not sure what you mean by "regular beer," can you be more specific? If you are worried about finding a stout, Guinness would work fine, but you’ll get more of a beer flavor with a Russian Imperial stout or a Barrel Aged stout.

A recipe that just begs to be made. Wow, do these look good. Thanks for the ideas, you have been in my 'web inspiration collection' for a couple years now; and thanks for all that you share!-z

Just a quick question, by "Preheat oven to 325" do you mean Celsius or Fahrenheit ? Just to be sure 🙂

what could I substitute beer with?
can I also leave out espresso powder?

Espresso enhances the flavor of the chocolate, you won’t be able to taste it, it will just make it taste more chocolatey. The alcohol almost completely bakes off, if that’s what you are worried about. You can substitute seltzer water, but I’ve never done it so I can’t speak to what the results will be.

This recipe is awesome! Just made it with Meantime Chocolate Stout and pecans, and when I told my husband to thank the Beeroness, he said, "That sounds like a superhero." I assured him that you most certainly are.

Awwwwww! Thank you so much!

What can I put instead of the beer?

Can I substitute espresso instant coffee for espresso powder?

Yep! That should be fine

Thank you for answering so swiftly.

I recently made them and they were the hit at a party we went to. I liked that the brownies weren’t too sweet. I’m making them again this week.