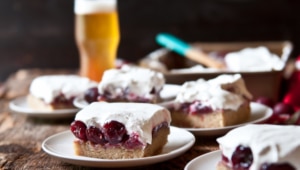 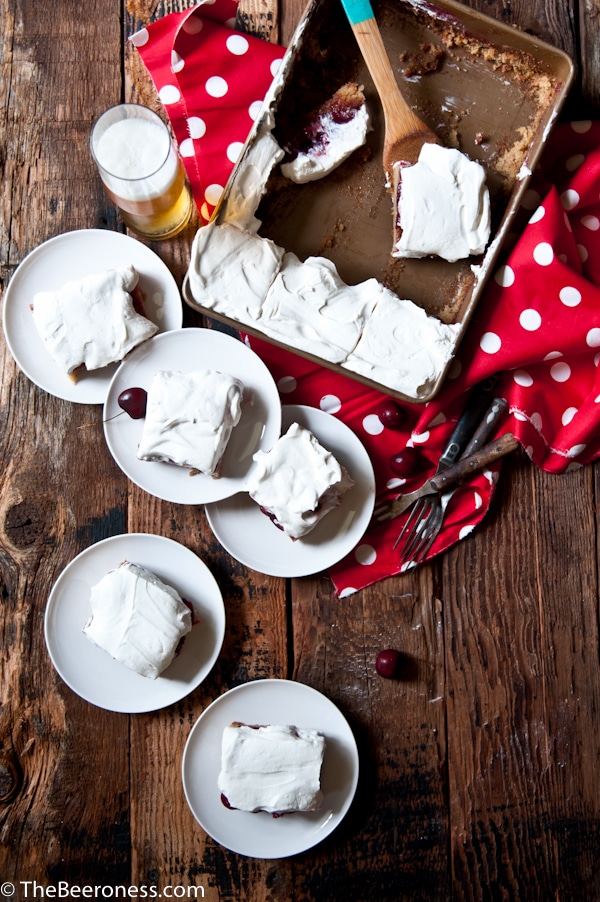 My Epic Chocolate Stout Cake has three layers of cake and three layers of chocolate fudge. My Lemon Dream Cake is similar. I even spent years making obnoxiously large cakes shaped like hamburgers and sharks, and by the way, who cares if a cake is shaped like a burrito? Now, I just care if it tastes good.

I’m overly concerned with the presentations of my food, which I completely blame on instagram and my current career path which has resulted in an obsession with presenting the world (or maybe just my neighbors) with an impressive plateful of edible art. I’m an asshole, we established this earlier this week with the polenta discussion. Sometimes I want a break from all this self-inflicted baking demand and I just want to make something that’s casual and easy to take to a party. I want the cake equivalent of the perfect pair of jeans, it looks great in a laid back sort of way.

Sheet cakes remind me of childhood, but with three homemade layers it’s fancy enough for something that you probably shouldn’t wear jeans to. Although if this fancy soiree thinks it’s too good for a bottle of beer, then you should just take your casual-yet-elegant cake and move on. Jeans are case by case, but beer should always be invited. 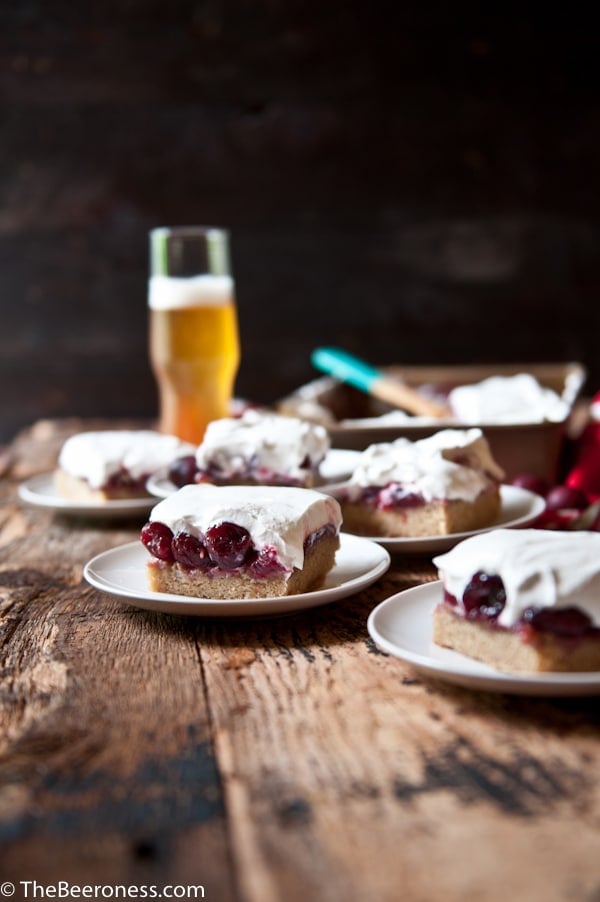 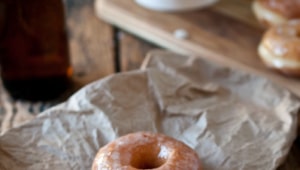 It’s a party cake!! Yah! Seriously though, I am loving this!

Not everything can be a work of art, but it can be comforting and that is the case with this cake! Another great recipe!

PS- you’re not an asshole! LOL!

Your cakes always rock my world, no matter what they look like. Love this flavour!

Seriously in love with this cake!

Oh wow, Jackie, this looks amazing. I’m a huge fan of cherry vanilla, and this one looks like it delivers big time on that flavor combo! 🙂 YUM!!!

I stumbled across this post (and your post for Lemon Dream Cake) in search of ideas for using pale ale in baked goods. I’m a doughnut maker at a shop where we only make cake doughnuts, and when I need recipe ideas, I often look to cake recipes for inspiration. I have been asked by a local craft brewery to come up with some doughnut recipes using their beers, and while I usually rise to the occasion, I have a sinking feeling that they WILL ask me to feature their summer pale ale! I’ve never had success with pale ales in baking, but you’ve boldly attempted it! Any tips for dealing with the bitterness of pale ales in baking? Citrus in the frosting, a la Lemon Dream Cake? Simply "baking it out," a la this recipe? I defer to your wisdom!

Thanks for your time! 🙂

I’ve found that sugar can balance the bitterness, and only cook them as little as you have to, they get really bitter when reduced! If you can add the beer to the frosting without cooking it, that seems to work best.

Thank you for being an inspiration!

I made this for a "Celebration of beer" party where all foods and drinks needed to have beer in them. This was a hit! Everyone really liked it and several people went back for seconds. I would definitely make it again.

Sorry! That was a personal note to myself that wasn’t supposed to make it to the final publishing. I’ve removed it, thanks for the heads up!