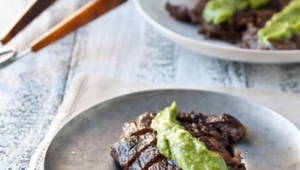 I like to throw parties, invite people over and make them feel at home. I like to make more than enough food, and for everyone to leave very full and with a take away bag of goodies. But the last time I had a little gathering at Casa De Dodd, I had overlooked my Gluten Free friends. I had remembered the vegetarians, and the vegans, the people who don’t drink beer, but for the ones who are allergic to gluten there wasn’t much. I felt terrible.

Gluten Free isn’t a fad diet. It isn’t Paleo or Raw or Weight Watchers. It isn’t a choice. It’s a medical condition and a food allergy  that is one of the fasted growing diagnosed food allergies in the United States.

Gluten Free (Celiac’s Disease) people don’t want to give up bread. And regular pizza, or hamburger buns and flour tortillas, they don’t have much of a choice. Eat gluten free or become debilitatingly ill. Have you ever had food poisoning? In away, it’s like that.

And with over 3 million American’s allergic to gluten, chances are your next party may have one. It might even be you, Celiacs is most often diagnosed in adulthood. Because we want everyone who walks into our parties to feel at home, we all need to have a stock pile of appetizers to accommodate. Because unlike other diets, this isn’t a choice.

Because gluten is used as a thickener in tons of processed foods, it can easily hid in obscure places like canned soup, pre-made salad dressing, imitation crab, cheese spread and some brands of soy sauce.

At each party I need to have a few Celiac Friendly dishes that I made from scratch so that I can be sure there isn’t any rogue gluten waiting like a digestive ninja to attach my friends insides. Potatoes are a great place to start. Because who doesn’t love potatoes? It’s like not liking puppies or The Beatles.

So when you come across Gluten Free appetizers and dishes that you love, bookmark for them for gatherings. Because your friends would do it for you. For The Crust:
For the Filling Homemade Roasted Garlic and Caramelized Onion Dip Plus How To: Roast Garlic & How To: Caramelize Onions

So when am I invited to the next party? I’ll totally bring the booze if you’ll have these awesome pancakes 🙂

This is so true – GF is becoming a fad for people and it’s hideous, this is life or death for some people and others think it’s a means by which to lose a few pounds. End rant. These look so great and I can imagine that you are such a wonderful host!

It’s even more sad when someone will ask for something GF because of Celiacs and people treat them like they are just being high maintenance. or say something like, "Oh I could never give up my bread!" You would if you had to! People can be really insensitive.

it’s so nice of you to throw parties and also think of everyone’s dietary needs. i hate that GF is some fad..like celebrities are like "oh i’m going GF" as if it’s some fun thing to wear. ugh. anyway, these look awesome, i’d easily pop these in my mouth – can i get invited to your parties? i promise i can bring some vino 🙂

We are exactly the same! I always land up making too much food and packing it up for people. But I wouldn’t mind being the guest at one of your parties now! 🙂

These cheesy treats look amazing, Jackie and I totally wouldn’t mind packing a few to take home with me. 🙂

First of all, it is nearly 1 in the morning, and now I desperately want one of these. Second, I once had to try eliminating dairy for medical reasons–I went to 2 parties in that time and both were miserable. And celiacs is a lot more common, so I think you are a great hostess for thinking about it. Third can you please come to my house and make me some? Please?

Thanks! Every time I don’t feel well I have this panic that I’ll be diagnosed with Celiacs. I can’t imagine having to give it up.

These are wonderful. I have several gluten-free friends who would love this recipe!

Oh! These look so perfect for a party! Lovely little pancakes 🙂

These are some great appetizers! My gf friends would love this!

Jackie this looks terrific! I bet even with Greek yogurt too!

This looks delicious! I wouldn’t mind a plate of these for myself 🙂

Oh wow!!! What a fabulous idea!!! I am totally doing this for a dinner party I am having later this year!

obviously I like your web site but this makes me like it even more. I’m going through the process of being tested for a gluten allergy and my friends thinking I’m just being dramatic!

It’s a good post. Thank you for telling people about celiacs and that we really don’t want to give up gluten, but we have to, it makes us sick. Thank you.

Your such a gracious host! Like Chung-Ah mentioned…we can bring beer, just feed us. 😉

You are always welcome, beer or no beer 🙂

Cheese? Potatoes? Jalapenos? Yes, I love everything about this recipe. Gluten-free or not!

These pancakes look so fabulous for GF folks and heck, for anybody for that matter!

Your parties sound like a lot of fun. Somewhat like our family gatherings. Always a TON of food.
It’s so nice you are mindful of all the dietary needs of your friends. And these pancakes look delish!

I have a few really good friends who suffer celiac’s and it’s so so sad to see how many people treat them as if they’re just "dieting".