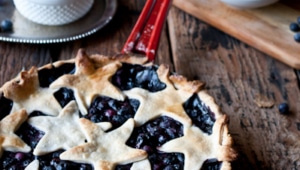 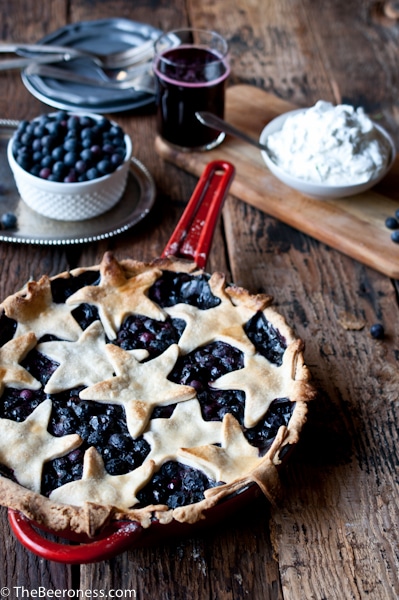 I’ve learned a few things in the handful of days I’ve lived in Seattle.

People here are just nice, in and out of the car. They even smile and say hi as they walk past. And when you email them, tell them you’re new in town and want to be friends, they buy you lunch. Or a beer.

You can also drink the tap water here, unlike the last place I lived it does not taste like smog. It’s actually pretty great. 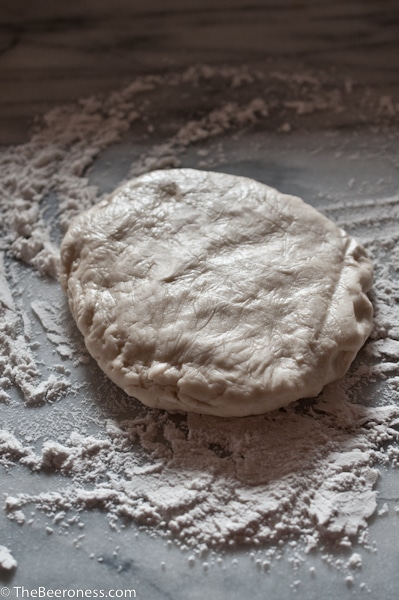 It’s not even very cold here. It rains often, but really, it’s not that cold. And on that note, running in the rain beats running in the sweltering heat. So, that’s a win for the rainy land. 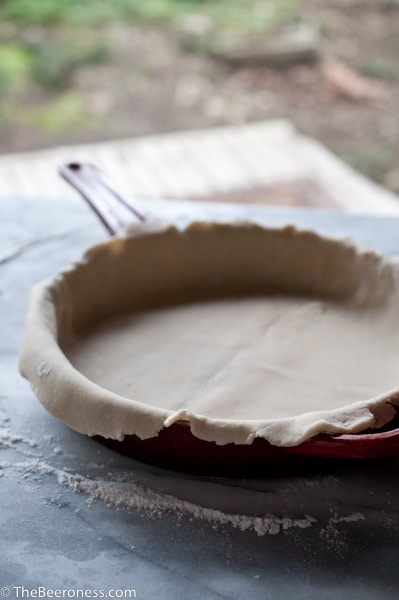 Beer is a bit different here too, it has a bit of an old soul. I’ll always have a big place in my Craft Beer Heart for California beer, and the burgeoning LA beer scene that is still cutting its baby teeth. The Seattle beer scene is established, it has an old soul’s wisdom with the freshness of youth. It’s exciting in a way that new things often are, but with the comfort of years of experience to guild the way. 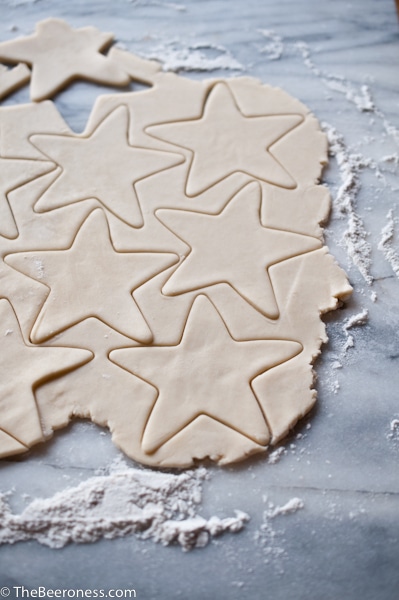 Cider is a new venture for me when it comes to cooking. This is the first recipe that’s crossed that boundary into cider cookin' territory. Like craft beer, craft cider is beautiful and thoughtful and insanely drinkable. Washington has given me no shortage of ciders to sample and Finnriver has some beautiful bottles. I used Finnriver Black Currant Cider, which will probably be served with dessert at my next dinner party, it’s beautiful and bold but with a dryness that doesn’t let it get overly sweet. It’s perfect with a tart pie. 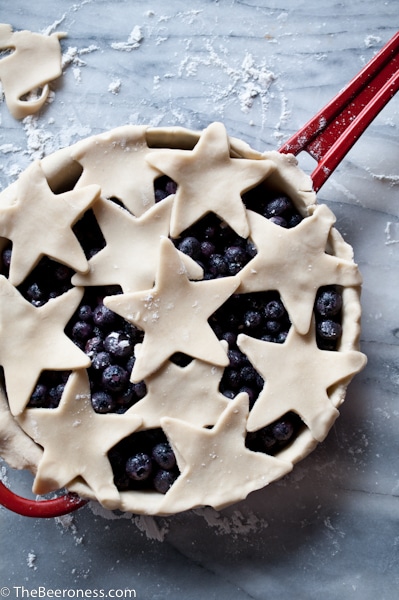 So that’s what I made.

I hope this is an adequate apology for my driving. I’m working on it. 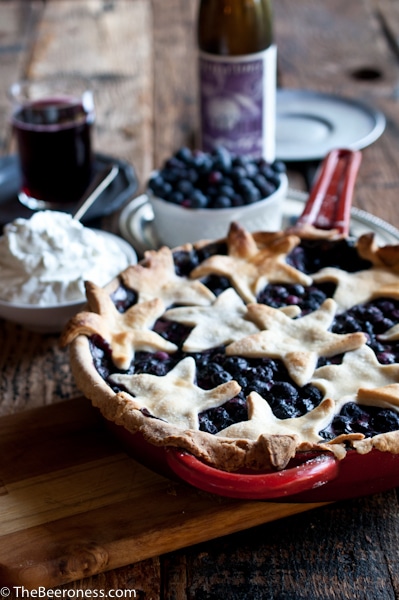 For the Pie Dough
For the filling:
For the Whipped Cream:

This is a GREAT cast iron skillet. It’s a splurge, but it will last for the rest of your life. You can even pass it down to your kids (affiliate link). 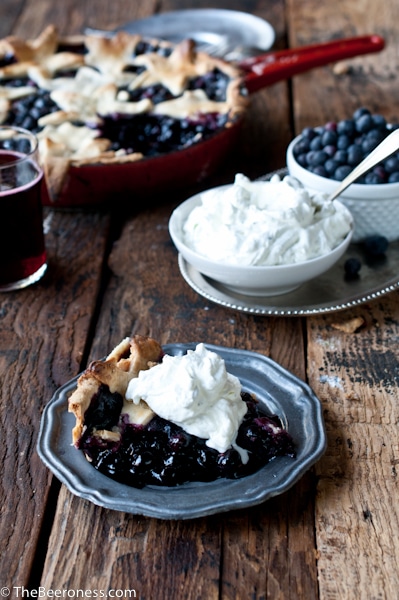 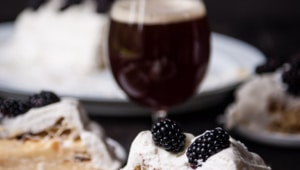 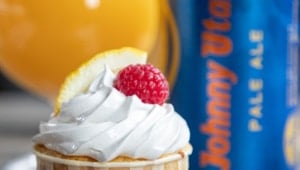 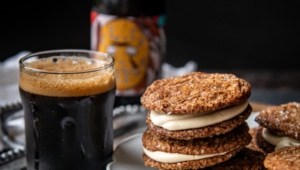 This looks delicious! You are so right about WA drivers.

This sounds amazing and looks gorgeous! I need a skillet STAT!

Love this pie, it totally reminds me of summer. Can’t wait!

This is such an awesome pie! My sister lives in Tacoma and says the massive amounts of rain lately have been a little unusual. Usually there are more sunny days. Glad you’re enjoying so far. My husband grew up on the East Coast and still drives like an East Coast driver. I keep telling him to slow down and chill and drive like these nice people around here. So now, "he’s" the asshole 🙂

Cider and blueberries?! Ah!! This looks so good!!

It sounds like you’re settling in well! This pie looks amaaaazing 🙂

Thank you Beeroness for including our Finnriver Black Currant Cider in your berry pie recipe. Did you know we grow 2 acres of organic blueberries as well? Please come visit us someday on the Olympic Peninsula and we will give you the grand tour of our organic farm and artisan cidery. We’re honored to be a part of your recipe and thank you for bringing such creativity and beauty to your work with food and drink!

I relocated here from SF and one of the first things I noticed was how SLOW people in Seattle drive! I had to learn to chill out on the roads!

Welcome to the neighborhood Beeroness! Finn River is a Northwest essential – so happy you shared. On a sunny day, grab your market basket and head on over to the Quimper Peninsula. You can grab a stellar slice of pizza from Dented Buoy Co. at the Pt. Townsend Farmers Market, pick up artisan cheese from Pt. Townsend Creamery, and swing on by Finn River for blueberries and all the delicious samples your mouth can swish! Happy weekending. xoxo.

Hey, thanks for the amazing recipe!! THIS WAS SO GOOD, the whipped cream was perfect and the pie set up perfectly. I was expecting it to be a bit soupy and I was ok with that. But it set up in 3 hours at room temp and looked like a perfect movie pie, lol. 😀

Oh I definitely have a massive crush on this pie! That lime basil whip?! You’re genius, Jackie. Pure genius!